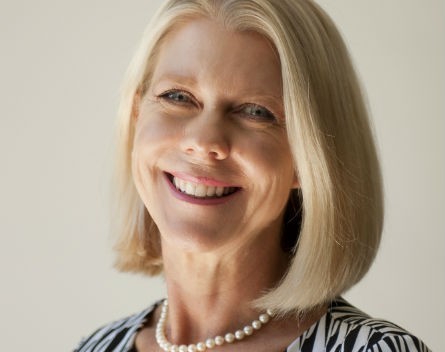 Having worked as a funeral celebrant for the last six years, Stephanie Longmuir regularly sees grieving families grappling with the difficult task of trying to decide how a loved one would want to be remembered.

“Time and time again I’d see them lamenting the fact that their loved one hadn’t expressed any wishes around a funeral service,” Longmuir says. “The families are mostly in shock and grief, and they have to make some really big decisions in a short period of time.”

“Families are left to organise it and a lot of people don’t know what to do,” she says.

Myendnotes allows users to specifically plan their own funeral, down to the songs they want played and the type of flowers they want displayed.

Users are asked around 70 questions regarding what they want their funeral service to be like and how they want to be remembered. This information can then be downloaded as a .pdf file, printed, and stored in the same way as a will.

The service soft-launched earlier this year and was met with “very positive” feedback. It officially launched at the end of last month.

Longmuir came up with the idea for the startup three years ago, and has since worked with funeral directors to develop the questions and digital strategists Webqem to design the platform.

The service currently costs $19.99 for a month’s access. Longmuir says this is something she is still fine-tuning, and that the high price is in part aimed at deterring people who may fill out the form as a joke.

“Like a will, this is something that needs to be taken seriously, so that’s why there’s a serious price,” she says. “I don’t want everyone using this, it is a serious site.”

As with all funeral services, advertising the product will be one of the biggest hurdles.

“Marketing in the funeral industry is really, really hard,” Longmuir says. “You have to be so careful and so sensitive, so that’s where this business is really tricky. It’s something that will be slow on the uptake because it can’t be advertised heavily.”

The startup has been entirely bootstrapped by Longmuir so far, who is waiting to see how it is received before thinking about chasing outside investment.

“I have had a couple of interested parties, but I’m holding off at this stage and waiting to see if I can sustain it myself, and get it to the next stage that I want,” she says. “This might require some outside investment.”

There are currently no other companies in Australia bringing technology to the funeral planning industry, and myendnotes is hoping to capitalise on a growing trend in the US of prepaying for funerals.

“There are very few people doing this, even in the states where there is a much bigger prepaid business,” Longmuir says.

Longmuir has been invited to speak at the National Funeral Directors Association’s international conventional and expo in Indianapolis in October, where she hopes to speak with potential partners and investors.