Australia’s gig economy yet to register in employment numbers 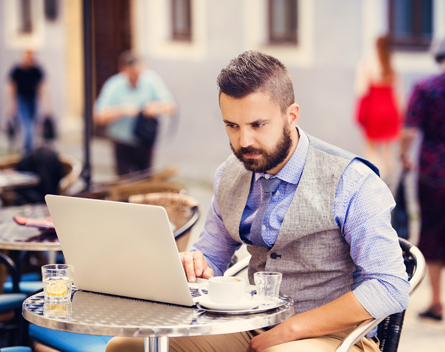 When policy think tank the American Action Forum tried to put a number on the gig economy last month, it triggered considerable debate on just how much the sector is really contributing to jobs growth.

Workers in the “gig economy” are employed on a particular task or for a defined time, with little connection to their employer. Indeed, the concept of “employer” has little meaning to these workers since they are better regarded as self-employed selling a service in much the same way as a greengrocer sells apples.

Gig economy darling Uber claims it is on track to create 20,000 jobs in Australia this year, but has also acknowledged it is not a “top employer” because its drivers are not employees.

The gig economy exists because of an abundant supply of people offering their services (often as a result of high unemployment in the “traditional” economy) and a demand for these services by firms and consumers. These can range from car cleaning, grocery delivery, accounting services, even university teaching; and, of course, ride sharing services such as Uber.

Is the gig economy making a significant impact on the Australian labour market?

It’s true that non-standard employment such as casual work is a major feature of the Australian labour market. This, together with fixed term contracts and labour hire, has raised concerns in some quarters about increasing job insecurity in Australia.

The growth of casual work was an important phenomenon in the 1980s and 1990s, with the proportion of the workforce that is casual reaching about 25% by 2010. However, since then there appears to be no noticeable increase in casualisation or even a small decline.

Also job tenure is not necessarily short-term in casual jobs, with a quarter of all casuals having worked in the same job for 10 years or more. Clearly, although part-time and casual work is now a key feature of the Australian labour market, employment is not necessarily insecure, although more flexible.

Researchers in Australia have looked in detail at changes in non-standard employment in Australia using the HILDA database. Their estimates, which are consistent with ABS figures, indicate there has been no significant change in non-standard employment since 2001. The number employed in labour hire firms or in temporary employment actually fell from 3-7% in 2001 to 2.7% in 2012. The self-employed fell from 14% of all employment in the 1990s to 10% in 2013. Finally, the percentage regarding home as their main place of work is small, about 5%, and this has been declining slightly over the last two decades.

On the other side, there’s ongoing demand from consumers dissatisfied with the prices and quality of services offered by traditional businesses, and from employers’ drive to lower costs, especially during business downturns.

Markets bringing together supply and demand, increasingly via smartphone apps, allow consumers virtually instant access to services, and firms to “contingent workers”, usually working under contract for a fixed period or a specific project. Contingent workers differ from casual employees who also work “on demand” and are not entitled to sick and recreation leave but whose employment is governed by a traditional employer/employee relationship. Contingent workers are self employed often working with one or more partners who do not hire on a continuous basis any employees to work for them.

Gig economy supporters argue this allows entrepreneurship and opportunities for people to advance their careers based on their abilities, rather than through long service, firm loyalty or “time-serving”. They also point out that in the “new economy” traditional types of jobs are diminishing, particularly for new entrants.

Those concerned by the growth of the gig economy point to the lack of job security and conditions of employment such as sick and recreation leave, minimum wages, superannuation, unfair dismissal and so on. Certainly a significant growth in the gig economy would pose a major problem for Australia’s industrial relations system, the subject of the Productivity Commission’s latest report.

The conclusion from the data is that standard forms of work are still very much the norm in Australia with few indications of growth in a gig economy. The question is why?

Australian consumers might be more cautious/conservative than in, say, the US. Perhaps Australian firms do not face the same need to reduce costs that outweighs the benefits of control they have in standard working arrangements.

On the supply side it’s possible that unemployment is not so great and widespread that there is a large pool of skilled gig workers, or it may be that the wages and conditions, guaranteed by legislation, of a standard job are so good in Australia that the rewards of own-account work are just not competitive. Or perhaps Australian workers are not entrepreneurial enough.

Phil Lewis is Professor of Economics at University of Canberra