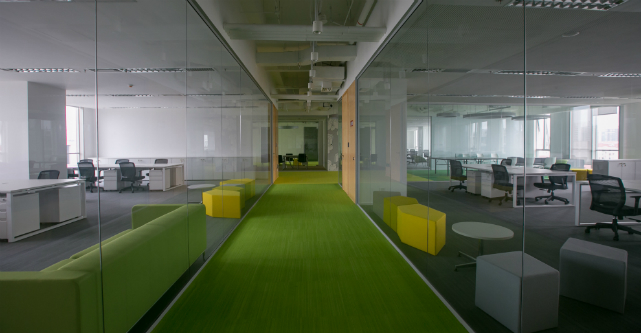 Fishburners has announced its first international expansion with Australia’s largest startup hub set to open an office in China to help local companies grow into the region.

The office will be in the Caohejing Innovation Hub in Shanghai, and Fishburners CEO Murray Hurps says it will provide a means for Australian startups to break into the China market.

“Startups are companies going after large markets using tech and sometimes you can’t do that sitting in an office in Ultimo,” Hurps tells StartupSmart.

“We want to make things a bit easier for those addressing global markets. Now you’re not just going it alone, you’ll have friendly contacts on the ground to help you engage and do what you’re trying to do.

“When you’re part of a community where there are other people that are interested in doing the same thing suddenly it’s much easier to go into that market.”

Fishburners is a not-for-profit co-working space in Sydney backed by the likes of Google, Optus and NAB. The group recently completed its first expansion into Brisbane and secured a new space in Sydney, with it now offering more than 1000 desks to early-stage startups.

Hurps says that the Shanghai office isn’t meant to encourage Australian startups to relocate entirely, but rather to consider the lucrative overseas market.

“The last thing I want to do is to send companies overseas,” he says.

“I want to take companies that are doing good here and allow them to address other markets by partnerships. I want to allow them to do that while still being a great Australian startup.

“Startups are only addressing markets that they’re aware of and Fishburners and the startup ecosystem can do a much better job of communicating the opportunities in this region.”

The Fishburners Shanghai office will be spearheaded by the co-founder of the startup hub Peter Davison along with 23Seed’s Daniel Shi.

“With Australia’s long history of traditional entrepreneurship in China, the time is right for Australian tech entrepreneurs to contribute to the Chinese revolution,” Davison says.

“Fishburners delivers what Australia needs in 2016 – scalable tech startups – and I’m very pleased to see them anchor in the harbour of Caohejing Tech Park.

“Together we hope Fishburners can sail far in the ocean of international innovation.”

With new spaces in Sydney, Brisbane and Shanghai all now locked in, Hurps says he’s excited to get back to helping Australian founders.

“If you want to join Australia’s largest community of highly-scalable tech startups, if you think you’re good enough to make it through the application process, then go to our website and let us know,” he says.

“We’ll finally have some empty desks to fill and I’m really looking forward to that. It’ll be nice to get back to what I want to be putting effort into – creating good startups.”