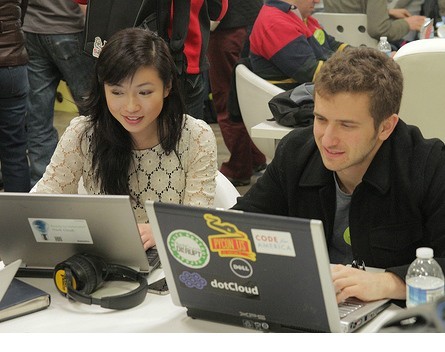 Australia is the top hiring country on Elance-oDesk per capita, a phenomenon in part explained by a local shortage of programmers, with businesses turning to overseas contractors to make up the deficit.

The findings were part of a data survey released by Elance-oDesk vice president, international, Kjetil Olsen on the online job marketplace’s official launch in Australia, which will be led by Kyri Theos nationally with city-based managers soon to be announced.

Olsen says the company was committed to the local market, after stellar organic growth fuelled by word-of-mouth.

“Australia is essentially a nation of small businesses, which is perfect for our model,” Olsen says.

“Due to connectivity and technology, work in Australia is being reinvented and shifting online –bringing job opportunities to professionals while also helping businesses progress by tapping into talent in the cloud.”

More specifically it found that technical skills, such as PHP, CSS, and HTML, are the highest in demand.

But, Elance-oDesk maintains the skills shortage of talent in Australia is acute and spans areas beyond tech.

It found that of those hiring online who were surveyed, 91% said that in the next 12 months they plan to hire the same or more freelancers than they did in 2013 (52% said more, 39% said the same). Skills these Australian businesses said they think will be most valuable are:

Design & multimedia follows tech as the second most hired-for category. In the past 12 months, top skills in the category included: logo design, Adobe Photoshop and Adobe Illustrator.

But in a role reversal, Australian freelancers are fulfilling some of the local design demand, with 30% of jobs they worked over the last 12 months falling within the design & multimedia category.

While tech and design remain the largest areas for Elance-Odesk, they are seeing more traditional services like law and accounting move onto the platform and offering their services online.

Olsen says the notion that most people offering offshore services were from developing countries was a myth with an even distribution across both developing and developed economies.

He notes that the work habits of Gen Y are fuelling this growth.

“A lot of the talent entering the market have different preferences to working than previous generations,” Olsen says.

“The whole notion of a career is being redefined and they’re more focused on their skill set. We’re also seeing an increase in digital nomads, with a lot of people opting to travel the world and work – something you can do as long as you have access to the internet.”

Elance and oDesk announced their merger in December last year, but the company is currently committed to keeping both platforms running and merging processes, rather than the services themselves.

“We’re just feeling our way through on this one and listening to our customers about what they want,” Olsen says.