Be strategic about how you discount 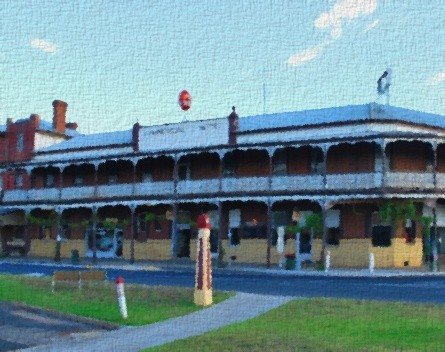 In a previous life, your humble correspondent worked in the kitchen of the local hotel in Parts Unknown. Like so many others across this great brown land of ours, this pub was known as The Commercial.

Ah, the memories. There was the brick courtyard with the picnic tables and views of the abandoned car yard next door, where the knee-high weeds sprouted through the cracks in the bitumen between the rusted chassis and gearboxes of long forgotten utes.

No one quite remembers “John” the mechanic or precisely how long ago he abandoned that yard, but the faded and rusty sign over the garage door still advertises the genuine Ampol motor oil he once sold.

Then there’s the side bar with its musty “grandfather’s house” smell that, in a strange way, fits perfectly the pub’s colonial facade. A plaque proclaims the bar is a proud sponsor of the local footy club, the Eagles. The barman still swears that rip in the fabric of the faded pool table will be fixed one of these days.

The walls of the front bar are covered with the fading photos of the regulars, many in Halloween and St. Patrick’s Day dress-up nights from nearly a decade ago, along with posters and signs advertising a nearby blues festival that was on over four months ago. There’s also the fireplace, the chalkboard advertising the parma, the footy tipping chart and the Old Reliable Rank Arena in the corner above the bar.

And, of course, there’s the bistro, where a younger Taskmaster had the opportunity to witness two specials first hand as a dish pig in the kitchen.

See, many years ago the local publican noticed that while the place was packed out when the regulars drove down on Friday and Saturday, during the early part of the week it was just the usual Barney Gumbles in the bar while the bistro was completely empty.

Well, the first discount the owner tried was a buy one get one free coupon. In effect, the discount was on the bistro’s primary offer – food – with the hope of upselling customers on a value-added upgrade (a nice bottle of red or desert).

Soon the mealy-mouthed cardigan-and-corduroy-wearing misers marched in pairs with their coupons for their Monday night meals.

You could pick them as they walked in. Both would invariably pick either the cheapest item on the menu or the most expensive (in to maximise their discount). “With two glasses of water, no entree and no desserts, thanks,” they’d say each time without fail.

There was once even a whole miser family of four who came and sat at two tables of two to get around the “one coupon per table per night” stipulation. They had four of the cheapest meals, with four glasses of water, no entree and no dessert.

None of the misers ever returned – at least not without another coupon.

After a few months of limited results, the publican tried a different discount strategy. This time, the discount was on the price of a value-added add-on, rather than the bistro’s primary offer (food). Monday night became “half-price frozen daiquiri in a bucket with any main meal night”.

Needless to say, this offer brought in a slightly different crowd.

The experience taught Old Taskmaster a valuable lesson. Discounting your primary product will have a different effect to discounting your value-added add-ons.

Are you thinking of discounting your products? If so, think through where you place your discounts, and the type of consumers your offer is likely to attract.

Discounting an add-on for your primary product might attract different consumers to a discount on your primary offer.

Get it done – with the value-added extras.