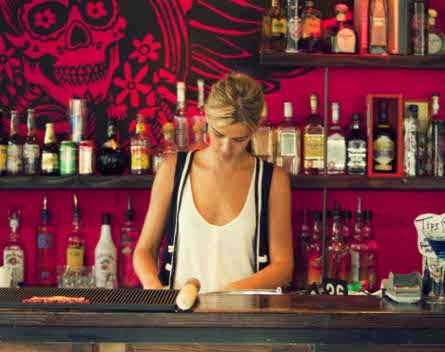 It seems there’s still room in the market for more Mexican food venues, with NSW-based chain Beach Burrito planning to grow its network to 30 stores after receiving more than $3 million from Blue Sky Private Equity.

Beach Burrito Company, founded by Blake Read in 2006, was born out of a perceived lack of Mexican food in Sydney. Read also wanted to tap into the trend of fast casual dining, having witnessed its success in California.

He opened the first Beach Burrito store in North Bondi, and in 2007 Bly Sky Private Equity became a founding investor in the business.

Since then, Read has opened stores in Darlinghurst, Newtown, Cronulla, Coogee and Jindabyne. It’s been reported Beach Burrito has also increased its revenue threefold in the past three years.

Now Blue Sky has made an additional investment of more than $3 million in Beach Burrito, enabling it to expand into new locations including Canberra, Melbourne, Brisbane and Perth.

According to Blue Sky Private Equity, Beach Burrito is expected to grow to a network of 20 to 30 company-owned restaurants within three years as a result of the new funding it has received.

“We have an ongoing dialogue [with Beach Burrito] and attend their board meetings, and we are actively involved in the day to day operations of the business,” investment manager Lachlan McMurdo told StartupSmart.

“It was clear they were on to something. There is the potential to replicate the concept, and it could be scaled up over a large number of stores.”

Unlike many of its competitors, Beach Burrito does not use a franchise model.

There are also a number of more upmarket Mexican food establishments, including Touché Hombre and Mamasita, and Fonda Mexican. But Read is confident his offering is unique.

“Obviously there’s a lot of talk about the fast casual market and we’re in that arena. What we try to do is encourage each store to be its own restaurant and focus on the local clientele of the area,” Read told StartupSmart.

“Our Bondi store is very beachy and very skatey, and our Sydney stores are very focused on live music and art. We find the local feel and work with that.

“We try to give people a night out. We’ve always got things going on in the store – DJs and bands, and live art. There’s always someone painting on the wall.

“We have lots of art shows constantly, with very well-respected artists.”

Blue Sky invests in high-growth, entrepreneurial companies with an enterprise value of between $10 million to $30 million, and an established track record of profitable operations.

It also looks for “exceptional, entrepreneurial” owners who are committed to the business, with innovative ideas to lead or take advantage of change in their industry.

And it seems both Read and Beach Burrito fit the bill.

“Blake has built a rapidly growing and highly profitable business in a period where many restaurants were closing,” Blue Sky managing director Tim Wilson said in a statement.

“There is a significant opportunity to roll out new restaurants across the country. We know the demand for the product is there.

“It is now just about bringing the model to the market as quickly as possible.”