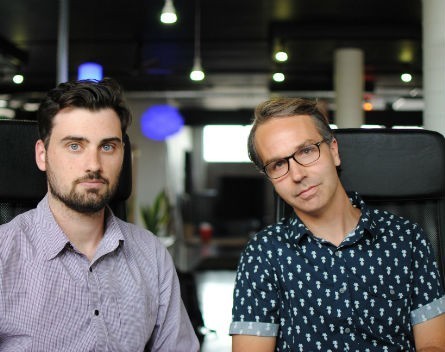 Melbourne-based café and coffee discovery startup Beanhunter has acquired coffee industry job board, CoffeeJobs.com as it looks to expand its revenue models ahead of a Series A capital raise.

The startup’s app allows users to share their coffee experiences, whether it be their favourite coffee place, or somewhere that has served up a particularly bad brew. CoffeeJobs.com is a job search platform specially tailored for the coffee industry. It helps workers find jobs in the industry, and cafés find barristers, roasters, or even plantations.

Beanhunter co-founder Al Ramsay says the acquisition of CoffeJobs.com marks an expansion for the startup, as it looks to take advantage of an industry that he says has had little disruption.

“Our content is detailed and valuable, and we’ve built a trusted brand, it was one of those things, how do we start to monetize the business,” he says.

“Basically the coffee industry itself is a little bit in the dark ages when it comes to using technology to help the process along.

“Even finding staff, most cafés still do it with a paper notice in a window saying we’re hiring or we’re looking for a barista. CoffeJobs makes it a lot easier for cafes to find them. So we’ll be able to integrate coffee jobs into Beanhunter pages.”

The terms of the acquisition were unable to be disclosed due to a confidentiality agreement.

Ramsay says Coffeejobs.com’s biggest challenge was getting enough traffic. Integration with Beanhunter, which has 1.2 million page views per month and over 300,000 unique visitors per month, will help solve that problem.

Those traffic numbers will make up a big part of Beanhunter’s pitch to investors. Ramsay says they’re growing 200% year-on-year.

To date the startup has raised $150,000 in seed funding internally, and from co-founder of RetailMeNot and LIFX, Guy King, and XSallarate’s Campbell Sallabank.

Ramsay says Beanhunter is looking to raise $3 million at a post-raise valuation of $10 million.

“From the soft pitching we’ve done to investors, we’ve had a lot of interest and we’re sure we’ll be able to raise it here in Australia,” he says.

“With all the revenue models we’ve got in place. With the forecast growth in traffic. We’ve got a highly engaged user audience, we’ve gone deep and hard into a niche. You can’t easily replicate engaged users, and they bring trust in cafes. When you think of Beanhunter, it’s got coffee credibility.”