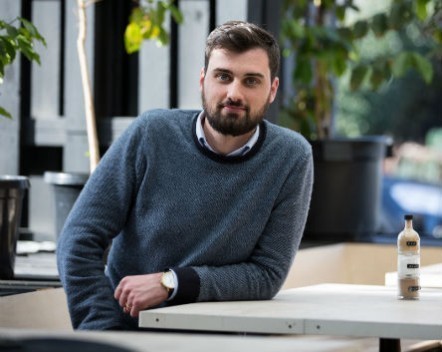 Melbourne-based café and coffee discovery startup Beanhunter has closed a $500,000 funding, choosing to develop long-term revenues further, and pursue a larger funding round at a later date.

Last year the startup outlined plans to raise $3 million in Series A funding at a post-raise valuation of $10 million. Co-founder James Crawford says, while feedback from investors was positive, the fact that two of its long-term revenue streams were yet to launch showed there was resistance to the valuation they were seeking.

Not wanting to dilute their share too much by raising a larger amount of money at a lower valuation, they decided to raise what essentially would be a pre-Series A funding round.

“We quickly read the situation and re-cut the round to match the market, and by doing this, we were successful in raising the capital we need for the next stage without giving up too much equity and without wasting too much time,” Crawford says.

“This will give us both momentum and a broader investor base moving into subsequent rounds as required.”

The startup had previously raised $150,000 internally, and from RetailMeNot and LiFx co-founder Guy King and other Melbourne angel investors.

XSallarate’s Campbell Sallabank was an investor and advisor on this latest round, which also included PC Tools founder and Freelancer backer Simon Clausen through Startive Ventures.

“We feel the biggest mistake we could have made would have been to waste more time holding out for the best possible deal,” Crawford says.

“By taking a pragmatic approach, we now have the funding to move the business to the next stage. It is also very exciting now to move to full execution mode rather than more pitching.”

Beanhunter currently allows its 300,000 monthly users to share their favourite coffee places. Soon it plans to launch business accounts to enable cafes to engage with their customers through Beanhunter. Over 100,000 reviews have been posted on Beanhunter – an increase of 44% over the last 12 months. The startup has spent just $4000 on marketing, Crawford says user growth is almost entirely thanks to a focus on the product.

“Our goal is to be the coffee app for the world. Melbourne is a great place to be striving for that goal, given it’s the coffee capital of the world,” Crawford says.

“Our strategy is to use this funding to continue enhancing our platform to accelerate the growth of our community of coffee lovers while driving new business to our café partners.”