Beanhunter partners with Uber on the hunt for good coffee 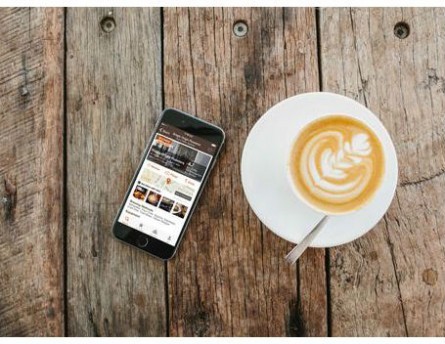 Melbourne-based café discovery startup Beanhunter is partnering with ride-sharing giant Uber to help users get to and from their favourite coffee places.

Users can now book an Uber ride directly to a café without leaving the Beanhunter app by using the ‘get there with Uber’ option.

“The idea behind it was to gear it towards the traveller,” Jenkins says.

“When people want to get to their favourite café or they’re in a new city, they can ride with Uber.”

“It’ll be great for being interstate, when you don’t have access to a car and you’re in an area that’s quite new,” he says.

“It just fits; it’s a pretty organic integration. We saw how the two brands could work together.”

He says it’ll hopefully attract new users to Beanhunter, with a free Uber ride of up to $25 on offer for new signups.

Uber has been no stranger to controversy, and Beanhunter co-founder James Crawford says it was something the startup considered when contemplating the partnership.

“As a rule of thumb for Beanhunter, if it’s good for our users then it is probably a good thing to do,” he says.

“Beanhunter is about giving users a voice and then sharing these experiences for the benefit of all. We are about the passion of delivering a great coffee experience and for leveraging technology to change paradigms in our industry.

A spokesperson from Uber says it’s all about making it easier for the users.

“By integrating our technology into the Beanhunter app we’ve created a seamless experience for people to find the best local coffee shops and get there quickly in an Uber, making exploring cities a more culturally rich experience for all,” the spokesperson says.

The launch of business accounts

Beanhunter also recently launched business accounts on the site and app, allowing cafes to engage with users and answer questions for a price.

“It’s an opportunity for cafes to own their own space and respond to user reviews,” Jenkins says. “It’s had a good response, so it’s quite exciting.”

It’s part of Beanhunter’s plan to develop long-term revenue streams, which they announced after closing a $500,000 funding round last month.