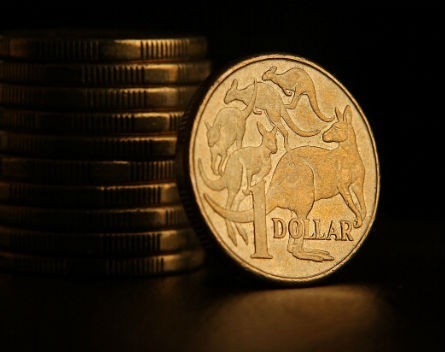 A new year has dawned. It’s a time for resolutions and a time for wish-lists. Wearing my tax hat, what do I really want from 2015?

For close to 100 years, Taxpayers Australia has had a vision: “A fairer, simpler tax system for all Australians.” It’s not an easy attainable ideal.

So, will this year take us any closer to that shining light on a hill? In reality, probably not. But there’s a rare opportunity coming up to finally make some progress.

You see, the government wants to review the tax system. We’re quite a way from seeing any outcomes from that review – in fact it hasn’t even started yet – but we’re told it will all be done and dusted by the start of next year and then the government will take its shiny new proposals to the 2016 election for us all to vote on.

Already, the siren voices of the lobby groups (of which, to be fair, we are one) are making themselves heard. “Company taxes are too high”, they shout, “GST is too low”, “end the superannuation tax concessions”, etc. Expect much more of that as this year continues.

We claim to speak for taxpayers so it might be thought that we’d be out there banging the drum for tax cuts. We do that occasionally, where we think there is a need and where the system is clearly unfair, but on balance we don’t believe that Australia is overtaxed and the research – most recently from the OECD – seems to support that.

So, we’re not out there demanding that this or that tax should be cut. No, our main gripe – top of our wish-list for the new year – goes right back to that mission statement: make tax simpler, make it easier to understand, and make it fairer.

On the desk in front of me sit the collected volumes of tax legislation for 2014. Four volumes of it, over 10,000 pages of law. And that just relates to federal taxes, without even touching the myriad of state taxes. Oh, and it doesn’t include GST, that’s a whole other volume.

If you’re an individual or a business, how can you possibly get your head around all that? The answer is that you can’t, so you pay someone who can; an accountant, a tax agent, maybe a lawyer. And guess what? They don’t understand it either, hence the legion of additional books interpreting and simplifying the law for professionals to then use when they deal with their clients. But don’t blame the professionals. It’s not really their fault, because even the largest human brain can’t hope to be familiar with – and to fully understand – each and every page of that voluminous legal pile.

Back in the 1990s, the government kindly set out to simplify the law for us. They set out to rewrite the tax law in something called “plain English”. But somehow, half way through, the project ran out of steam. So now, instead of one main tax act, we have two. The original one, from 1936, full of that dense legalese which would make an ordinary taxpayer’s head spin, and the rewritten one from 1997, supposedly written in plain English (have a read and let me know whether it resembles plain English as you understand the term). And to understand how the tax system works, you routinely have to switch between the two acts, from 1936 to 1997, and back again. Then there are the supplementary acts and the rulings and determinations from the ATO to clarify the way the law is supposed to operate because even the ATO accepts that the law is frequently obscure and badly worded.

There has to be an easier way. We all understand that the world is a complex place and the economic relationships which bind us all together become ever more creative in their structuring. But tax doesn’t need to be like that. All that complexity can be narrowed down to a few core principles which delineate the way we tax income, the way we tax capital, the way we tax consumption, the deductions we allow and the way we treat losses.

Simplify, then talk about cuts

Am I being overly simplistic? Perhaps by raising an expectation that our tax laws can be slimmed down to the dimensions of a modestly sized pamphlet, maybe I am. But I think the basic point is valid. The benefits to the Australian economy from having tax laws which don’t require a Masters of Law to navigate are potentially huge. Without wishing to do myself out of a job, do we and should we need tens of thousands of accountants to advise the bewildered public on how their taxes are calculated, not to mention tens of thousands of public servants to administer the mess at the other end?

So, when the tax review kicks off, let’s try some abstract thinking and rethink what we mean by tax reform. Instead of focusing on what taxes to cut and what taxes to increase, let’s go back to basics and simply work to get the system working properly for all Australians. Forget the tax cuts, forget the tax increases. Focus on fixing the system, focus on framing the rules in a straightforward, easy to follow form, using language that anyone can understand. Focus on the core principles, setting a target for shrinking that mountain of law to say one volume and watch the productive capacity of the nation lift as the burden of administering the tax monster disappears.

And for the politician brave and tenacious enough to lead the project; watch the votes roll in.

Mark Chapman is head of taxation at Taxpayers Australia.