Behind the battle for iiNet: Rich Listers spark bidding war 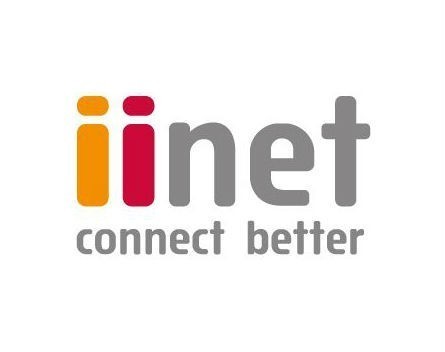 In a battle of the Rich List entrepreneurs, M2 Group founder Vaughan Bowen yesterday announced a bid for iiNet of $1.6 billion.

M2 claims iiNet shareholders would own 42% of the enlarged group “and would therefore benefit from 42% of the synergies”.

Based on the value of these “synergies” M2 has valued its proposal for iiNet at $11.37 per share compared to TPG’s offer of $8.60 per share.

TPG’s offer for iiNet earlier this year has been criticised as “absurd” and based on “a bog-standard 25% premium”.

iiNet released a statement to the Australian Securities Exchange indicating it is reviewing the offer and is still completing its due diligence on M2.

“The process we have put in place has functioned to allow competing, potentially superior offers to be put to the company,” he said in the statement.

Bowen told Fairfax he expects TPG will fight back, signalling a potential bidding war for iiNet.

“We’re in there having a go at the iiNet opportunity,” Bowen told Fairfax.

“Obviously we’re realistic about that. We’re in a very competitive situation with a very worthy adversary in that.”

Shannon Rivkin, local investment director at Rivkin, said he expects the iiNet board will support the new offer, giving TPG three days to increase its own offer.

“And of course Optus – owned by Singtel and easily the one able to finance the biggest cash offer – would still be waiting in the wings watching events unfold,” Rivkin said in a statement.

“We will be eagerly watching the events unfold this week, given it’s in an industry that has been ripe for consolidation for some time now.”

As the battle for iiNet heats up, here’s SmartCompany’s guide to the key players:

Michael Malone founded iiNet from his parents’ garage in Perth in 1993.

He served as chief executive and director and presided over the growth of iiNet from a one-man operation to a listed company valued at over $1 billion with 2000-staff.

After 20 years at the helm, Malone stepped down last year although he remains a major shareholder in iiNet.

Malone says he got bored of the “9 to 5” and is spending his time investing in new business ventures like security company Diamond Cyber.

The reclusive Teohs’ wealth has surged past the $2.6 billion mark after TPG’s bid for iiNet and the husband and wife are set to move into the top 10 wealthiest people in Australia on the BRW Rich List.

Teoh started his business career as a computer retailer and moved from Malaysia to Sydney in 1986.

Forbes reports his wife and their four sons have launched more than a dozen startups in clothing, accessories, furniture, consumer technology, men’s shoes and eyeglasses.

The M2 Group began life as Messagemate, a company founded by Bowen back in 2000 at the age of 27.

Messagemate sold digital messaging services but after a shaky start Bowen spotted a broader opportunity in the telecommunications market and the business became M2.

M2 listed on the ASX with a market capitalisation of $14 million but is now valued at $2 billion.

“It’s pride and surprise beyond words,” Bowen told Fairfax. “The business has grown up quite dramatically. I never envisaged that there would be a “$B” attached to our business in terms of its scale,” he says.