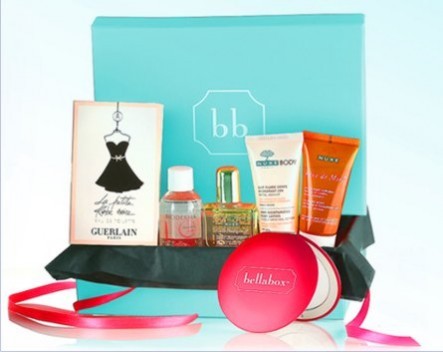 Bellabox, a mailed monthly beauty samples box, is embarking on an aggressive customer acquisition strategy after receiving $1.3 million in expansion capital from a range of investors including Square Peg Capital, Apex Capital, Monash Private Capital and a range of angel investors at the beginning of this year.

The beauty box industry is a new and fiercely competitive one. Co-founder and chief executive Sarah Hamilton told StartupSmart they’d seen 11 competitors launch and leave the industry since they began in 2011.

“You often don’t really start growing until you’re quite established and prove you need to be taken seriously. We’re at that point now,” Hamilton says, adding they started with 350 boxes in 2011, and now mail out over 10,000 each month.

Hamilton says they’re ready for growth because they never approached bellabox as a glamorous way to play with pretty products all day, but as a marketing and sales channel from day one.

“We tell the brands we’re a marketing and sales service, and the channel we use is our subscription boxes and our online store. We’re not a glamorous beauty company. We’re logistics, we’re marketing and we’re all the other facets,” Hamilton says, adding the business was modelled on industry leading US beauty box Birchbox.

Prior to launching the business, Sarah Hamilton was the chief financial officer for Spin Magazine in New York and Emily Hamilton was running her own digital product marketing business.

“Neither of us had any background in beauty, so we were very formulaic in how we approached it. We were into beauty, but we’d never read any beauty magazines. But we saw that we could love this product without being beauty enthusiasts, so we realised just how big this could grow if we broke through the beauty enthusiast ceiling most beauty boxes are up against,” Hamilton says.

Given their backgrounds, the Hamilton sisters focused on tight financial management, content marketing and getting the most out of their primary asset, their database.

“I knew that content could really drive sales. Emily knew how to market to people, and recognised this was a really broad reaching product,” Hamilton says. “When you’ve got a broad business idea like that, you don’t need to feel intimidated with it, you just need to be smart about it.”

The bellabox boxes can be very specifically targeted, from age and location to skin colour and income bracket. Hamilton says they’re currently developing a new backend product to streamline the allocation system, which is currently organised via several spread sheets.

“We’ve got two big stakeholders, the members and the brands. And for our members, we’re only as good as our last box,” Hamilton says. “We’re sorting and filtering through all the beauty profiles. It’s not too hard but because of the number of members it becomes huge.”

Bellabox is increasingly working with non-beauty brands such as accessories groups, but says they’re focused on developing their core business around beauty samples and building out their online store, which brings in 20%-40% of their revenue.

Hamilton says working out and implementing their growth strategy has been their biggest challenge.

“We were self-funded for the first year-and-a-bit, and got funding at the start of this year and we definitely needed it then, for the website and logistics,” Hamilton says. “Everything was getting to be a Band-Aid solution.”

Hamilton says they took several months to work out where to invest the funds for growth, after learning about the importance of appropriate infrastructure the hard way.

“We did a morning television spot, and while the traffic was great, the website crashed. So we wanted to make sure everything we were ready to grow. We’ve planned for a couple of months and laid the foundations. It was always about making this into a mass market product,” Hamilton says.

Bellabox’s growth strategy has been driven by their online magazine and a range of evolving advertising campaigns.

Hamilton says they started with Facebook ads, and now they’re testing a range of partnerships and advertising with online and print publications including Body & Soul, Mama Mia, Yahoo 7 and Women’s Agenda, which is owned by StartupSmart’s publisher Private Media.

“We’re at a point now where we really watch where they come from at the lifetime value of those customers. We really test and invest, and invest in the areas that are the best customer for us,” Hamilton says. “We make sure we’re hitting different audiences with each investment of marketing spend.”

Hamilton shares how they prepared for their growth and are running their test-and-invest strategy in the short video below: