Best of the Web: How the Simpsons changed the English language; Lessons in entrepreneurship from The Colbert Report; When Marissa Mayer tried to be Steve Jobs 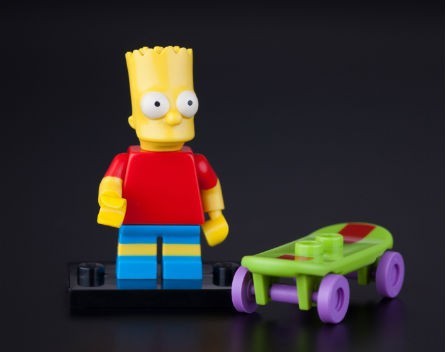 We see the influence of The Simpsons in all aspects of our lives – from cultural references to the products on supermarket shelves. But over on the Oxford Dictionaries blog, Michael Adams takes a look at how the cult TV show has influenced the English language.

“The first episode of The Simpsons aired twenty-five years ago, on 17 December, 1989, and since then, English has never been the same,” says Adams.

While most people will be able to rattle off the words invented by The Simpsons creators, or the catchphrases of the main characters, Adams says it is “two small but powerful words” that have made the biggest impact: d’oh and meh.

Lessons in entrepreneurship from The Colbert Report

Cultural touchstone The Colbert Report gave us plenty of laughs during its time, but the long list of successful entrepreneurs who appeared on Stephen Colbert’s show also dished out some important lessons.

Writing for Inc, Oscar Raymundo rounds-up some the best of these lessons from the likes of Virgin founder Richard Branson and media entrepreneur Arianna Huffington. The one skill Colbert’s guests all have in common? The ability to laugh at themselves.

When Marissa Mayer tried to be Steve Jobs

In this piece for New York Times Magazine, Carlson uncovers exactly how Mayer went about attempting to transform the fate of aging tech giant Yahoo and her varying degrees of success.

“Mayer often compares her situation with the one Jobs inherited, and many expect her to insist that she needs at least the five years he received before his turnaround began to succeed with the release of the iPod.”

But with growing pressure from shareholders with a preference to see a merger of Yahoo and AOL, means Carlson says “Mayer may not be able to buy herself the time”.