Best of the web reads: Opening up The Guardian 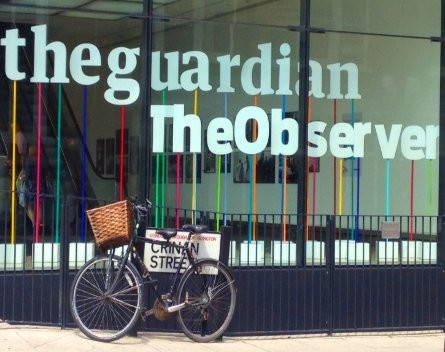 How to present like Steve Jobs: Presenting a new product or business in front of potential investors or clients can be a daunting experience.

US author and chief executive of Breather, an on-demand space company, Julien Smith has been doing a bit of presenting lately and has realised the way he does it has changed significantly as he seeks to emulate Apple’s Steve Jobs.

Why? “Well, as it turns out, if you want to present something you consider revolutionary, then that is exactly how you should be doing it,” he writes on his blog. In this post he sets out what he’s learnt from Jobs on presenting.

Opening up The Guardian: From its scoops of phone hacking at the News of the World to the Edward Snowdon revelations that the US National Security Agency tapped millions of phone calls and emails in the name of combatting terrorism, Britain’s The Guardian newspaper has been first with some of the biggest news stories in the world in recent times.

This feature in The New Yorker reveals how the paper delivered its biggest stories, while also profiling editor Alan Rusbridger. It also discusses how The Guardian might survive when traditional media is fighting to retain readers in a world dominated by the internet.

Julian Assange: He may be confined to a small room in the Embassy of Ecuador in London, but Julian Assange’s reach and profile appear undiminished. He’s addressed the United Nations, written a book, given interviews, run for election to the Australian Senate and played a role in the Edward Snowdon affair. Vanity Fair looks at life for Assange and how he’s maintained his profile and work despite being physically removed from the wider world.

Lessons from a dysfunctional US Congress: The US government has been partially shutdown as politicians refuse to compromise on new laws. It’s a situation that has many in the US and around the world shaking their heads.

Samuel Bacharach, a professor at Cornell University, isn’t pulling any punches when he describes Congress as “politically incompetent”. But within that incompetence are some leadership lessons he’s explained in this article for Inc.com.