Best of the Web: This app can’t make you smarter; How Yelp’s CEO created a revolutionary product 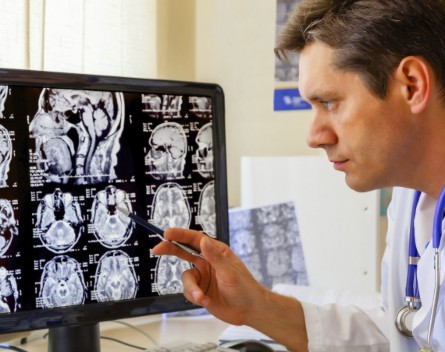 Neuroscientists are fed up with the brain training industry, Michael Byrne reports in Motherboard.

According to Byrne, neuroscientists object to the claim that brain games offer consumers a scientifically grounded avenue to reduce or reverse cognitive decline when there is no compelling scientific evidence to date that they do.

Sadly there doesn’t appear to be an app which can make you smarter.

Yelp’s presence in Australia may still be small compared to the United States but David Kamp’s article in Vanity Fair ‘How Yelp chief executive Jeremy Stoppelman created a revolutionary product’ is still a fascinating read.

Kamp reports that “something funny happened shortly after Stoppelman’s project at PayPal, Yelp went live: its users embraced the site’s “Write a review” feature to a degree far greater than anticipated.”

“A few weeks of hasty re-coding later, Yelp was reconfigured to make reviewing its raison d’être, and Stoppelman has never looked back.

“Ten years after its founding, Yelp is the web’s premier site and app for customer reviews—not just of restaurants, but of shops, kiosks, food trucks, parks, bus lines, funeral homes, D.M.V. offices, and even human attractions. (The Naked Cowboy in Times Square was averaging four stars out of five at press time.)”

She says the sad reality is that toxic people are common.

“Equally troubling is the effect those individuals – who like to push others’ buttons, stymie projects, and inject pessimism into every situation – can have on their better-adjusted co-workers,” Stillman says.

She outlines seven strategies for managing this noxious breed.

Apple CEO Tim Cook has taken a step away for a moment from the rigours of running one of the biggest companies in the world to write in Bloomberg Businessweek about being gay.

“While I have never denied my sexuality, I haven’t publicly acknowledged it either, until now. So let me be clear: I’m proud to be gay, and I consider being gay among the greatest gifts God has given me.”

It’s an understated but proud proclamation by Cook about his sexuality and about his pride in Apple’s history and continued commitment to human rights and equality.