Best of the Web: Why Mickey Mouse is cool with pirates 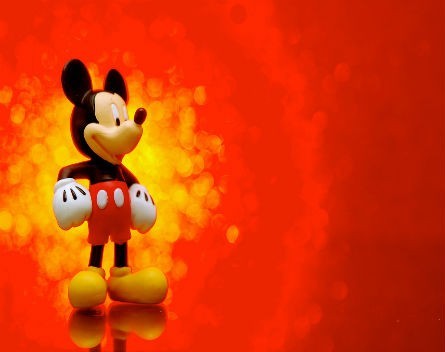 How Disney learned to stop worrying and love copyright infringement. Most businesses work hard to guard against copyright infringement and Disney is no exception. For years, Disney was notoriously heavy-handed in defence of its intellectual property. But, as Andrew Leonard reports in Salon, then Frozen came along:

It is not only the highest-grossing animated film of all time; it has also registered the most Blu-Ray DVD sales and paid digital downloads of any movie ever. The soundtrack to “Frozen” has sold 2.7 million copies. According to the Wall Street Journal, some 60,000 fan-made versions of “Let It Go” have been watched more than 60 million times.

Leonard argues one of the key drivers of this success has been the way Disney has allowed and positively nurtured fans who have embraced Frozen online.

“Disney is one of the more forward-looking companies in knowing how to deal with digital,” Scott Kramer told Leonard.

“What they’ve recognized is that people do want the real stuff and people will pay for it.  All the other stuff is like extra advertising.”

Is the hard-nosed boss obsolete? In the Wall Street Journal, Melissa Korn and Rachel Feintzeg investigate how tough is too tough for bosses.

At a time when the default mode of the workplace is one of cooperation and consensus, being a hard-edged leader is riskier than it used to be, according to executives and people who study leadership.

The pair find that for women leaders, a hard-edged style carries additional risk.

“Women can and should be tough and demanding bosses, but they still have to overlay it with a degree of niceness,” says Victoria Brescoll, an assistant professor of organizational behavior at the Yale School of Management. Her research shows that angry women in the workplace are perceived more negatively than are angry men.”

The peril of untrained entry-level employees. According to David Smith in the Harvard Business Review the peril is not from the employees but from the bosses who don’t provide training.

But bringing on new hires with the assumption that some will wash out is hardly an efficient – or responsible – way to build a great team. Usually, grads arrive in workplaces with current technical knowledge they are eager to apply, but have a lot to learn about other aspects of succeeding in their new organizations. (This is why so many first jobs feature that seeming paradox by which new employees feel unchallenged by their tasks, while their managers perceive them to be overwhelmed by the responsibilities and professional demands of the “real world.”) Employers should recognize that there are certain skills that college graduates don’t already have when they walk through the door, that are readily trainable.