Bill Gates reveals the best books he read this year 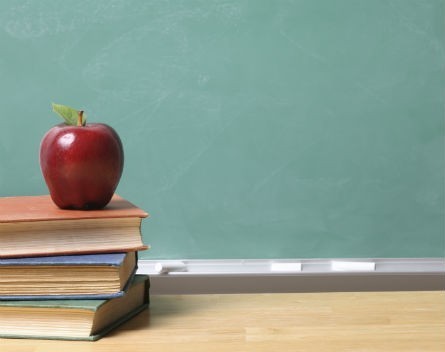 Bill Gates is known for his business acumen and philanthropy. But the billionaire co-founder of Microsoft is also known for his reading habits.

Following on from his summer reading list, released in July, this morning Gates named the five best books he read this year.

While Gates’ annual reading list is not packed full of how-to business manuals, he said in a blog post it is fitting that this year’s collection does touch on economics and business as for him at least, inequality and the rising prominence of Asian economies has dominated the news.

SmartCompany was given a sneak peek at Gates’ list of best books of 2014 and why he recommends you put them at the top of your Christmas reading pile.

Brooks’ collection of articles is Gates’ favourite business book and a regular feature on his recommended reading lists.

“Shortly after we met, Warren Buffett loaned me this collection of New Yorker business articles from the 1950s and 1960s,” says Gates. “I loved them as much as he did”.

“Brooks’ insights about business have aged beautifully, and they are as true today as ever. I still go back to this book from time to time and this year I had a chance to re-read the chapter on Xerox. Business Adventures is a neglected classic and it’s still my favourite business book ever.”

You will find it difficult to purchase a hard copy of Brooks’ book in your local bookshop as it is out of print, but the ebook version is readily available.

Capital in the Twenty-First Century by Thomas Piketty

“Piketty kindly spent an hour discussing his work with me before I finished my review,” says Gates.

“As I told him, although I have concerns about some of his secondary points and policy prescriptions, I agree with his most important conclusions: inequality is a growing problem and that governments should play a role in reducing it.”

“I admire his work and hope it draws in more smart people to study the causes of, and cures for, inequality.”

How Asia Works by Joe Studwell

According to Gates, Studwell’s book provides “compelling answers to two of the greatest questions in development economics: how did countries like Japan, Taiwan, South Korea and China achieve sustained, high growth? And why have so few other countries managed to do so?”

Gates was particularly taken with the agricultural section of Studwell’s book, which he says is “particularly insightful”.

“It provided ample food for thought for me as well as the whole Agriculture team at our foundation,” Gates says.

“And it left us thinking about whether parts of the Asian model can apply in Africa.”

The Rosie Effect by Graeme Simsion

Gates’ affection for the writing of Melburnian Graeme Simsion is well known, and despiteThe Rosie Effect not yet being published in the US, Simsion gave Gates his own early copy.

“The hilarious follow-up to The Rosie Project is one of the best novels I’ve read in ages,” Gates says.

“It’s a funny novel that also made me think about relationships: what makes them work and how we have to keep investing time and energy to make them better. A sweet, entertaining and thought-provoking book.”

Making the Modern World: Materials and Dematerialization by Vaclav Smil

Smil’s books are a perennial feature in Gates’ reading lists and this year the billionaire has selected Smil’s take on the world’s use of materials.

“If anyone tries to tell you we’re using fewer materials, send him this book,” Gates says.

“With his usual scepticism and his love of data, Smil shows how our ability to make things with less material – say soda cans that need less aluminium – makes them cheaper, which actually encourages more production. We’re using more stuff than ever.”