Bitcoin startups get their own co-working space 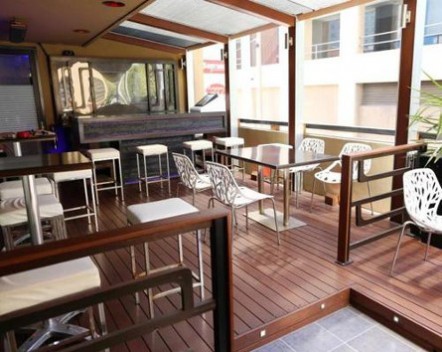 A new co-working space is opening up in Melbourne, aimed specifically at startups operating in bitcoin, and desk space will be available for free until the end of the year.

Melbourne-based bitcoin arbitrage fund Bitcoins Reserve is financing the space, where it will also be based. The space was officially launched at a Bitcoin Melbourne meetup on Tuesday.

The co-working space features desks spread across 600 square metres and takes up the entire first floor of 89-91 City Road, Southbank.

CoinJar, which operates a bitcoin exchange and payments system, has already expressed an interest in taking two desks, and DC POS, a bitcoin point-of-sale provider, is also likely to make the co-working space its new home.

“It’s essentially a bit of a free for all,” Bitcoins Reserve co-founder Sam Lee says.

“We’ve circled out all the area we need for our operations. It’s literally 600 square metres so we’re not going to use it all.”

More than $US250 million ($285 million) has been invested in bitcoin companies globally, with most of that coming in the last 12 months, according to financial services firm Wedbush Securities.

Lee says the free period will be used to gauge how much demand there is for such a space, which will help determine how Bitcoins Reserve will run the space in the future.

“We’ll look at either having a paid co-working space similar to the Hub or Inspire 9, or we’ll have it at a heavily subsidised rate,” he says.

“In the grand scheme of things we’re bringing in businesses that are related to bitcoin, so we might be able to do some cross collaboration with them.”

Bitcoin startups that are interested in using the co-working space should call 1300 88 38 48.