Blood in the water? App developer alleges WA government jumped the shark and stole his idea 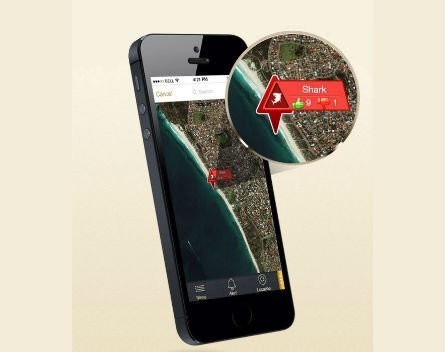 A Perth app developer alleges Western Australia’s Department of Fisheries stole the idea behind his shark alert app, with the state government interpreting the allegations as a legal threat.

In March, Paul Holliday launched iKoast, an iPhone and Android app that allows beachgoers to pin real-time shark sightings and coastal warnings on a map, claiming to have spent $140,000 developing the app.

Holliday claims he began developing the app in 2012, following a series of meetings with the WA Department of Fisheries, as well as Surf Lifesaving WA. He also claims that since its launch, 250 shark sightings have been reported on iKoast.

“The development of that feature is well under way, and once we know that the data it provides is reliable and well tested, it will be added to the site,” Baston said.

This week, the WA government launched the shark tracking features of the website, at an estimated cost to taxpayers of $370,000.

Holliday told Private Media the first he heard about the government’s shark tracking app was by watching the evening news.

“When the story ran last week on Seven News, it was like watching an ad for my app. It was very upsetting to see they’ve done the same thing, claiming to be the first in the world,” he says.

In comments to The West Australian newspaper, Holliday went further, claiming he has already spoken to an intellectual property lawyer over the matter, but that he doubted he could afford to take legal action.

Holliday clarified to Private Media he would not take legal action, saying: “We did speak to a solicitor friend, but there’s nothing we can do. There’s no legal course of action we can take.”

In a statement Department of Fisheries executive director regional services, Bruno Mezzatesta told Private Media that comments by Holliday in The West Australian newspaper are being viewed as a legal threat.

“The Department of Fisheries understands from the information published in The West Australian today (21 October) that the developers of the iKoast app are contemplating legal action. In these circumstances the department will not be making any further comment,” Mezzatesta says.

According to Holliday, there has been a silver lining to the controversy. He points out that his app has a range of other features beyond spotting sharks, including mapping whales, rips, dolphins and good sea conditions.

“Our app only sends out notifications within a 100 kilometre radius of a shark being spotted, and their app doesn’t even do that,” he says.

“Since the story ran, I’ve never had so much positive feedback from Spacecubed and the startup community.”

He also says the app has attracted a paid customer since the story broke, and that are other opportunities for the technology, including creating versions for the US and South African markets.