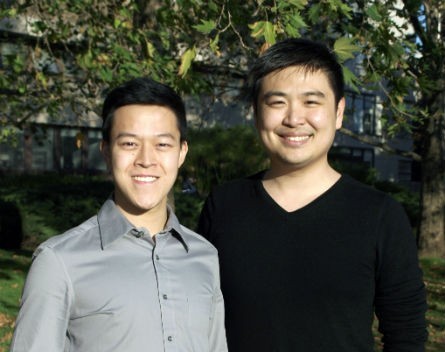 Online shopping app Bluesky had announced it has reached retail sales of over $10 million, with the app reaching 210,000 shoppers and hosting over 500 brands since its launch in May of last year.

As StartupSmart previously reported, Bluesky was founded by David Mah and Nigel Ang following a previous venture called UniSquare. It has raised $1.3 million from Angel investors so far, and hopes to hit 1 million users by the end of the year, and was recently named a finalist in the Big Pitch.

When asked about the secret to achieving sales success in a mobile environment, Mah told StartupSmart the key is “to focus on content users care about”.

“When we designed our app, we really thought about it from a customer point of view,” Mah says.

The app is currently available both for iOS and as a web app, with an Android version in the pipeline. It works by bringing together products from a range of fashion and lifestyle brands, ranging from big names, such as Target or Myer, through to small brands, such as Beginning Boutique, and allows retailers to promote products directly to customers.

By the time they launched the app, Mah and Ang had already persuaded a major retail brand – Kmart – to use the app.

“It really came down to luck. We knew people who had direct contact with their executives. Before we launched, we managed to convince them to meet with us – this was before we had a completed app,” Mah says.

“We created a prototype with a copy of the Kmart catalogue. The executives were very impressed with just how responsive it is.”

In one of its major achievements of its first year, Bluesky managed to reach number 13 in the Australian iTunes app store charts in the lead-up to Christmas.

“That was during December, which is a key shopping period, so the timing was perfect.

“Really, it was due to a combination of content, timing, visibility, ratings and social media.

“The way the app store charts work, the more visibility you have, the more people will download your app.

With parts of the retail sector struggling in an increasingly mobile world, Mah says the secret for retailers is to embrace their customers.

“We want to help mobile-enable the retail industry. We see ourselves as a new way to shop instore and collect your products. We want to make it quicker and easier to shop in a way that matches your lifestyle,” Mah says.