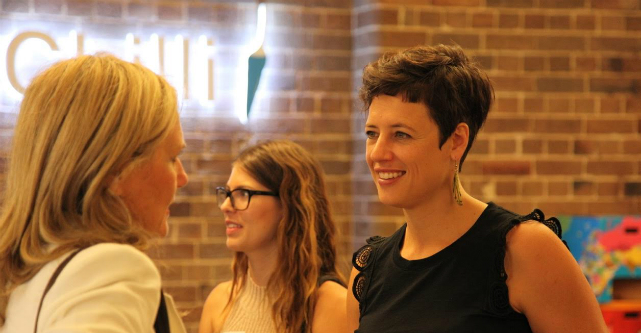 Australia’s biggest startup accelerator BlueChilli has launched a new program aimed at female entrepreneurs, with the finalists’ journey to be showcased in a documentary.

SheStarts will show what the startup journey is like for female entrepreneurs working in the male-dominated sector, BlueChilli corporate innovation general manager Colette Grgic says.

She says the initial idea came from reviewing the diversity figures from BlueChilli’s previous programs, which had been criticised for a lack of women.

“Only 7% of people in tech are women and not everyone within this is going to launch their own startup,” Grgic tells StartupSmart.

Grgic says she wants to capture what the startup world is like outside the dominant paradigm by creating an equal opportunity space for women to get started with a business.

“When you’re doing business as a woman with other women, it’s different,” she says.

Filming will commence at a two-week boot-camp where 20 finalists will work alongside advisors to compete for  $100,000 in funding to help launch their ventures into scalable businesses.

The top ten founders who go through the accelerator will be followed on their journey over the next nine months so viewers can see the reality of what it takes to build and grow a tech startup.

With women making up only a fifth of Australian startup founders, Grgic says something has to be done to close this gap.

“The current startup world has been shaped by men, for men,” she says.

“It doesn’t consider the success of how other people like women would do business or run a startup.”

SheStarts is open to any woman interested in building a tech startup.

“You don’t have to be a technologist to do this,” Grgic says.

BlueChilli is taking expressions of interest from entrepreneurs and those who’d like to be mentors or supporters.

Grgic says the crowd showed that there are many ways that people are getting into tech and she hopes that SheStarts will be a way to reshape the industry’s future landscape.

She says she wants to get to a point where there are so many women launching tech startups that there is an automatic gender balance in applicants for BlueChilli’s programs.

“I’d like to have SheStarts run non-stop until we don’t have to run it anymore,” Grgic says.

“We want to make it so easy for women to say, ‘hey, I’ve got an idea’ and get them started.”