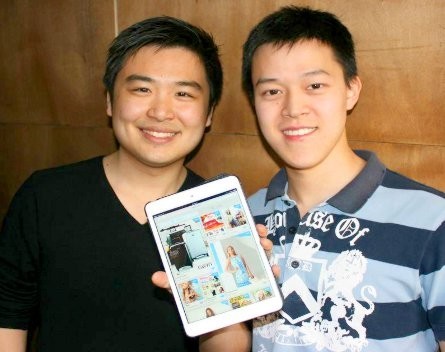 After failing to sufficiently monetise his first venture, David Mah became obsessed with finding new ways to support content-driven companies, and from this constant musing his second venture was born.

He and co-founder Nigel Ang launched their second start-up, iPad shopping app Bluesky, to market in May this year. They recently closed their first seed funding round at $700,000 raised from local angel investors.

Mah says the failure of his first venture UniSquare, an online social diary, was one of the most difficult experiences of his life.

After developing the idea for UniSquare in the Melbourne University Accelerator Program in early 2012, and growing the user base to over 50,000 active users across eight Victorian universities, Mah and Ang decided to shut down the venture in December 2012.

“We shut it down because we couldn’t monetise the platform sufficiently. We had been getting a lot of advice to go with advertising, but I was always opposed to that because while we would benefit, I didn’t think it was aligned with our users so we were looking for a new and better way,” Mah says, adding they tried events and sponsorship but neither were sustainable models for them.

“It was terrible. We had to let go of eight really passionate and intelligent people, and we’d all invested a year in something we just couldn’t make work,” Mah says.

“Even after I closed UniSquare, the question of monetisation kept bugging me. There had to be a way to align advertising with the user. We kept discussing new models, and we realised that maybe instead retailers putting up ads, it could actually be content,” Mah says.

Bluesky is an online shopping platform developed from retailers’ existing catalogues and linking out to their sites for the purchases.

The Bluesky business model is driven by a small fee paid by retailers per unique browser view, and has already partnered with over 150 retailers.

“We were lucky to get Kmart signed up before they launched, and that really helped us our anchor retailer. We got all the retailers on one by one, via cold calls and lots of meetings,” Mah says, adding they also provide their retail partners with data about how users view their products.

Mah says they will be focused on user growth and new partnerships with retailers.

They’ll be launching the iPhone app of Bluesky in a few weeks, and are currently developing the Android app. Mah adds they expect to reach profitability in three to six months.