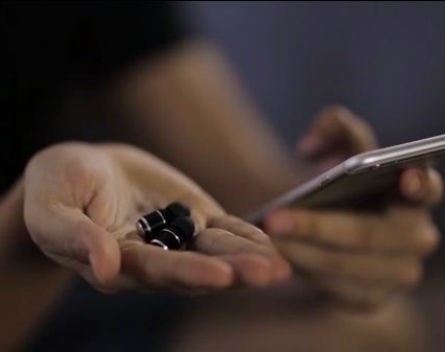 A 21-year-old entrepreneur from regional NSW has raised more than $80,000 on crowdfunding platform Indiegogo to develop a pair of wireless earphones.

Jonathan Zuvela, from the town of Lithgow, smashed his target of $20,000 within days and still has more than 20 to go before the campaign ends. The current rate of pledges has seen the young entrepreneur raise around $10,000 per day.

The product, called Nextear, is a pair of wireless earphones that also come in a case that charges a user’s phone and hold 16GB in storage.

Zuvela told StartupSmart he got the idea of developing a pair of wireless headphones because he competes in BMX competitions and would always have to stuff his phone into his pocket and thread the headphones up through his shirt.

“You would always rip them out of your ears and it would be painful sometimes if you were in the middle of a trick,” he says.

“As I’ve grown up my skill base has evolved as I’ve got the contacts and know-how now to develop a product. I work in the mining industry at the moment and design heavy machinery, so that’s enabled me to do the hardware side of it.”

Zuvela says he turned to crowdfunding in order to raise awareness of his business and never anticipated how successful the campaign would be.

“I’ve invested a lot in doing the prototypes and now have patents and trademarks secured. So now I need money to buy all the parts involved to put the circuit boards together. I priced out what the lowest volume I could make while still being worthwhile. We’ll now be able to make more from the start and find some distributors straight away and sell to other countries.”

The wireless earphones are due to be shipped by October 2015. Zuvela says his advice to other young entrepreneurs developing a hardware product is to sort out patents early on.

“Even though you’re a startup you have to cover yourself before you launch the crowdfunding project,” he says.

“It gets overlooked sometimes, especially by young people. A patent can cost thousands of dollars but I think it’s really important to look at those costs before you go public. The other thing is don’t be afraid to reach out and find help.”