Bodyslam: How getting soundly beaten can be a blessing in disguise 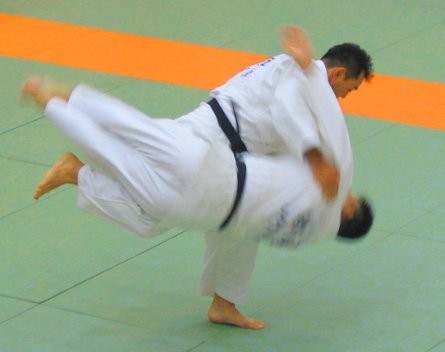 I learnt a great lesson about business and life on the weekend. The weird part was that I was upside down at the time.

I was competing in the Judo Victorian State Titles. (I came equal second in my division, which was cool).

In my third fight, I was a little tired and was lacking intensity. I grabbed hold of my opponent and was moving around with no sense of urgency. The next thing I knew, I was looking up at the ceiling as I walked into a massive throw. Slam! Match over.

I was one angry little judoka!

In my next and last fight for the day, I approached things totally differently. I formulated a plan and decided to go for it with real intensity from the moment the referee said go (in Japanese!).

My plan was to fake two forward throws and to then switch into a massive throw to my opponent’s rear. We grabbed hold of each other and I put my two fake throws in and then stepped powerfully forward for a big rear throw – an o soto gari (for those into judo).

Bang! My opponent landed flat on his back and I was given the instant victory. I smiled as he threw his belt at his bag as he walked off the mat. (He’s a good bloke, by the way. We all just compete hard and take it seriously.)

Anyway, the whole experience just reminded me of something I have always known. So often in life we move forward with only a vague sense of our goals and try reaching them with equally vague plans.

Half the time, we never get anywhere because we don’t really know where we are going. And the other half of the time, we get beaten by people who are pursuing their goals with far greater intent than ourselves.

It is so powerful when you have a really clear goal in mind, put a plan together and then execute it with real venom and intent.

The best part about acting like that is that what your competitor does or intends to do is far less important. We all so often worry about what the other guy will do. We build contingency plans and map and model what might happen.

It becomes all about them when it should be all about us.

Sure, you need to be alive to your competitor’s moves. But it is far more powerful to just grab hold of the situation (literally and/or metaphorically) and just go and do what it is that you want to do.

It may not work. You might get beaten. But passively waiting to react to your opponent carries a far lower chance of success.

Grab hold of your goals and just slam them into the mat.