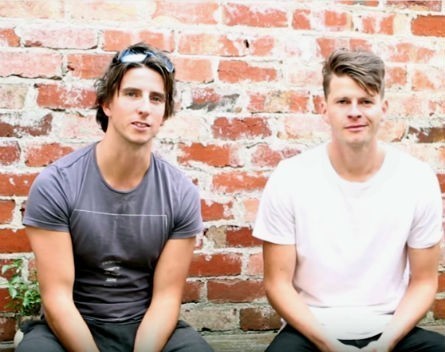 The BodyWise fitness and health app launched in 2013 and quickly amassed more than 35,000 downloads, but a second version released last year was met with negative feedback, and frustrated the makers themselves when they used it.

“We had tried to do a hell of a lot of things, and if we had pulled it off it would’ve been incredible, but we didn’t do it well enough,” Halligan says.

The app was originally created with the aim of helping users to record their health and fitness progress and gauge what was working.

“We had gone too hard in designing an app for people with a high level of motivation and habits already formed, so we went back to the first step of habit formation to make fitness easier to pick up,” Halligan says.

Reworked from the ground up

Instead of persevering with the existing product or giving up entirely, Halligan and co-founder David Banks went back to the drawing board to create a new service.

Now the app has been entirely reworked and relaunched on Wednesday with a whole raft of new features, and a new-stated aim to target the middle ground of fitness app users that many other startups don’t, Halligan says.

“It was a matter of focus and making sure that we do a few things and do them really well this time,” he says.

The newly designed BodyWise combines diet, activity and lifestyle tracking into one app, and uses that data to set goals and give motivation to users.

The diet tracking featuring, which used to take a “hell of a long time”, now takes only about 10-15 seconds.

“That solves one of the hardest things about health tracking – getting your diet in there and staying accountable to it,” Halligan says.

New features also include a workout calendar, the ability to upload progress pictures, and a daily progress tracker.

“Health tracking on a mobile is really hard to do, and it can be very exhaustive and laborious,” Halligan says.

“We’ve focused on being simple to dip your toes in to, and then easier to use once you’re feeling that motivation.”

Fitness tracking devices such as the Fitbit are enjoying huge popularity worldwide at the moment, and BodyWise doesn’t want to compete with that market. The new app allows users of these devices to log their data and then gain insights into it.

The health tech startup market is becoming increasingly saturated in Australia, but Halligan says the revamped BodyWise appeals to a user base that has previously been ignored by this industry.

“It’s a super competitive market, particularly in terms of small tasks and utilities. There are so many step and diet trackers,” he says.

“But one that brings everything together in a meaningful way, giving people a way of keeping accountable and forming habits in one place, that’s something that doesn’t really exist.”

The app is free to download from the App Store and the startup isn’t monetised in any way yet, with Halligan and his co-founder bootstrapping the venture through their other jobs.

If the new version of BodyWise is successful, they’ll soon be looking for outside investment to spur on the growth.

“We’ve been at this for two years so we’re pretty good at living in a way so that we can follow our passion, and hopefully that’s starting to pay off,” Halligan says.