Chai time: How a distaste for coffee opened up a tea trend 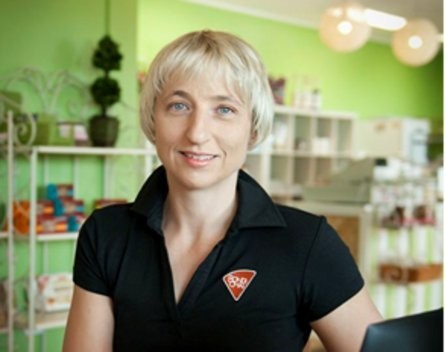 She’s had a few sips, but to her it tastes like tobacco.

She says it’s been explained to her that some people have more taste buds on their tongue, which causes them to taste things differently to others.

While to coffeeholics (your author included) Edyvean is missing out on one of the great pleasures of life, it has led her and her partner Martin Buggy to establish a beverage brand that’s now sold in cafes and supermarkets around the country and exported overseas.

It was while the couple were in the US for the millennium that they discovered chai – the spiced tea that’s a staple for many on the Indian sub-continent.

They’d gone into a café in Washington DC and couldn’t smell coffee. Instead they smelled something else brewing and, when they asked what it was, were told, “It’s chai, man,” Edyvean recalls.

“We’d never even heard of it but we loved it,” she says of their first taste of chai latte.

They bought some for their return home to Launceston, where they ran their own public relations consultancy, and when their supply ran out, contacted the US café and asked where they could buy more.

“They said that unless we wanted to sell it, we couldn’t buy it over here,” she says.

That was the start of their plunge into the food and beverage industry – despite no experience whatsoever.

They approached Robert Dutton, a former Carlton and Hawthorn Australian rules football player who was running a continental grocery store in Launceston, to help import the chai, with the business becoming a “hobby” for them.

About two years later, in 2004, the US café where they were sourcing their chai latte from was sold and the new owners decided they didn’t want anything to do with Australia.

Edyvean says it was then that she and Martin reached “decision time”.

“Do we want to get serious about this or walk away?”

They decided to take the plunge, with their former suppliers suggesting they find an Australian dry powder blender to help create their own chai latte blend.

After much taste testing, and focusing first on a vanilla flavour, Bondi Chai was born.

Edyvean says they never had any doubts that the business would be a success.

“We thought: how many cafes in Australia are there? How many chai latte drinkers would be out there?” she says, estimating that 10%-15% of the café market would be chai drinkers.

The gamble has paid off with Bondi Chai now selling around half a million serves a month in Australia. It’s found in up to 5000 cafes around Australia and is stocked by Woolworths and will soon also be found on shelves in Coles supermarkets

Bondi Chai is now even exported to India, the traditional home of chai masala, the foundation recipe for chai latte.