After the accelerator: Graduate of first Startmate intake shares his experience 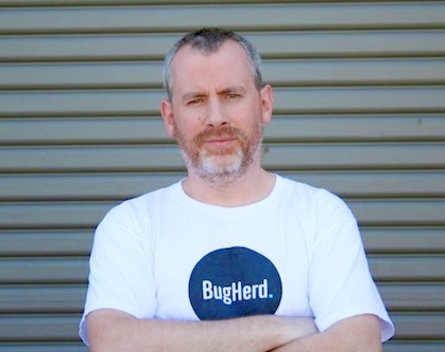 Accelerator and incubator programs are increasingly popular in Australia, with the promise of expert help and guidance during the difficult early stage development and fundraising process.

But what kind of impact do they have on start-up founders, and would they work for everyone?

Today we launch the first story in a four-part series exploring the impact of one of Australia’s first accelerator programs, Startmate.

Now open for applications for their fourth intake, StartupSmart spoke to one company from each intake to gauge the impact Startmate had on their entrepreneurial journey.

When Alan Downie first started working on his start-up, online bug-tracking software BugHerd, with co-founder Mateja Milosavljevic, the idea of entering an accelerator program had never occurred to him.

“It was 2011 then, so still early days in the Australian start-up community. I hadn’t got my head into the fact we were doing a start-up, I just thought it was a business. But my co-founder was into the community,” Downie says.

Both from technical backgrounds, Downie and Milosavljevic had recently launched a software testing app but it hadn’t fared as well as they hoped.

“We realised we were good at building stuff, but we were probably missing something. We hoped that Startmate could fill that,” Downie says. “Matt and I are both developers and product guys, so we had that covered. It was about the business knowledge, and how once you’ve got an idea or product, how do you get it to market and grow it into a real business?”

Melbourne-based, they both moved to Sydney for the three-month program. Downie says his concerns before the program were moving his young family, rather than being rattled by mentors or having to give up too much equity.

With not much to lose and a steep learning curve ahead of them, Downie says it was probably helpful he wasn’t particularly aware of the start-up community before he began the program.

“I didn’t know exactly who the mentors were; which in hindsight was probably a good thing because they’re pretty impressive,” he says, adding he struggled as an introvert from a corporate background to get used to the collaborative environment at first.

Downie says any start-up signing up for Startmate needs to be aware it’s not for the faint-hearted.

“We had one mentor come in, sit down and say ‘this is stupid and you shouldn’t do it’,” he says. “There are two ways to go after that kind of advice. You can go believe them and give up. Or use it to harden your resolve, and it did for us. Some people can’t handle that, but that’s what you really need if you want to build something big.”

The other big discovery of the program for Downie and Milosavljevic was realising they were targeting the wrong market, a strategic decision that Downie says would have crippled their start-up had they not switched focus.

Originally pitched at start-ups, the co-founders realised they probably wouldn’t pay for their own product, and that pitching to people who by definition have little or no funds probably wasn’t the best idea.

“During one of the mentoring sessions, we realised that start-ups wouldn’t pay for it, because we wouldn’t and we knew its value backwards. It was a wake-up call,” Downie says.

The team has since pivoted to focus on digital agencies and enterprise clients. They began raising a seed round of $250,000 during the January to March program, and closed the round shortly after the program.

The transition from developer to accelerator participant to fully-fledged start-up founders was tough, especially graduating from a closely supported program.

“Personally it’s been very difficult. You’re a developer one day, and then the next you’re actually a CEO, which means you need to be the lawyer, the accountant and the HR person all at once,” Downie says. “You toughen up and get used to it, and the Startmate guys are always contactable, but leaving the program can be a bit of a shock.”

Since then, the team has gone on to be part of leading American accelerator 500 Startups, and raised a second round of $550,000 in January 2012 from this program and Australian venture capital fund Starfish Ventures.

“As an unfunded, untested company, Startmate was harder. 500 Startups was a bigger cohort with some great guys, but in Startmate we learned a lot faster than we ever thought we could. The pressure was much more intense,” Downie says.

With thousands of users, six full-time staff and plans to hire a few more in the coming weeks, the BugHerd team are preparing for growth.

Downie says the ongoing mentoring provided by investors and Startmate mentors has enabled them to make two decisions, both of which doubled their sales.

The first was scrapping the free trial offer and charging users from day one after their free trial. Downie says this led to increased engagement with the product.

“We’re very analytical in our approach, probably thanks to Startmate’s AB testing focus, and we did a lot of testing of that first. We tested not showing the free plan option to 50% of the audience. By positioning it as a product that needed to be paid for, they were twice as likely to try it out, use it and buy it,” he says.

This, coupled with the realisation browser extensions were far more likely to be used than packages that had to be downloaded and installed, has seen the Bugherd customer base skyrocket.

They’re planning a Series A funding round next year.