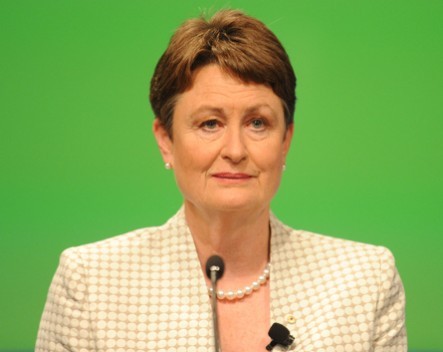 The Business Council of Australia has called on government to adopt a sector-based approach to promote growth and innovation, and will ask big companies to second bureaucrats to help close the gap “between what government thinks and what business knows”.

In her first major address as BCA president, Catherine Livingstone said the idea governments did not have a role in wealth creation and could leave it all to business ignored the reality that governments controlled key inputs into growth – including setting regulations, trade and immigration policy, and investing in infrastructure.

The approach the BCA proposed was very different to that adopted in Australia over the last decade, she said.

“Policy design should be based on a deep understanding of the sector dynamics of the economy, including those where jobs are falling away and those where they are being created,” Livingstone told an Australia-Israel Chamber of Commerce lunch in Sydney.

She stressed this was not about “picking winners”, nor delaying economic change by propping up uncompetitive industries.

“Nor is it about abandoning an economy-wide reform agenda. It is about deliberate action to support those sectors where we can gain a competitive advantage, and taking a more sophisticated view of structural reform,” she said.

A priority was improving collaboration between business and government. “I will be asking 20 of Australia’s leading companies to offer highly structured secondments for senior public servants with the aim of improving our mutual understanding of the forces impacting on business. We have to close the gap between what government thinks and what business knows.”

The BCA has issued a paper Building Australia’s Comparative Advantages, based on research by McKinsey and Company that provides a baseline perspective of Australia’s international competitiveness by sector, as well as an indication of where it can succeed at the global level.

McKinsey found Australia was only strongly competitive against the United States – seen as the benchmark economy in productivity and innovation – in one sector of comparative advantage – agriculture. But it had substantial comparative advantage, although flat or diminishing competitiveness, in other sectors – mining, tourism, international education, and potentially niche manufacturing and food and beverage processing.

Livingstone said government for the next decade should focus on four key functions.

Setting a vision for the country: “Balancing the budget is not a vision – it is a means to an end, a necessary step to enable other changes to be made. Governments need to explain how decisions and policies will improve people’s living standards over time.”

Developing a “sector lens” on the economy: This wasn’t a matter of one-off reviews but acquiring and maintaining a “deep understanding of the dynamics of the economy at the sector level, and of the differential impact of global forces”.

Using its knowledge of sectors to move from an intervention and subsidy role to a facilitation and co-ordination role: “Every policy, every program, every incentive, every enabling action of government should take careful account of how it will impact at the sector level, and should be designed to support those sectors with a comparative advantage, and help others in transition with minimum disruption.”

Building the innovation infrastructure needed to support an agile economy: Areas where we were falling down were in various aspects of knowledge infrastructure. “We must provide our people with skills needed to participate in the digital economy.”

Livingstone said that government had “a key role in enabling business to grow and create wealth. But it can no longer take a one-size-fits-all approach. It must be part of a strategic agenda that facilitates, enables and incentivises key sectors where Australia can succeed globally”.