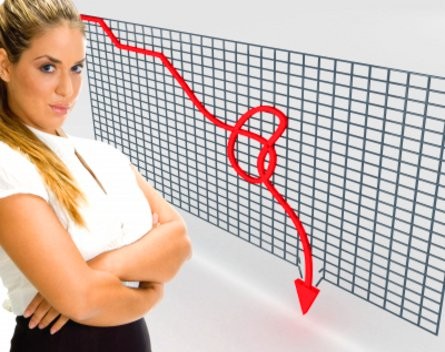 Businesses have been forced to shift their revenue forecasts to account for challenging market conditions, according to a survey from PwC, with only half saying they intend to hire new staff in the next year.

The latest PwC private business barometer survey found 64% of businesses surveyed have exceeded or met more realistic revenue targets in the past 12 months, despite business sales and growth actually falling to 4% over the past year.

According to the survey, 43% of businesses will be implementing productivity improvements, 23% will be changing their marketing strategy and 17% intend to adapt their business model.

However, in the next six months, only a third of businesses reported having plans for a major investment, the lowest level in the past five years. Such a finding indicates businesses have more realistic expectations for their plans.

“Businesses were quite aggressive in what they said their growth targets were, now they’re recognising the challenges in the market and realising their profit margins are going to be lower,” she says.

“They’re being realistic in their targets and doing a lot of things anecdotally with businesses looking to new ways to drive growth,” she says.

In the next six months, only half of the 300 businesses surveyed intended to hire more staff.

“One of the conclusions we can draw from that is that people aren’t hiring because their work forces are becoming more efficient and there is a lesser need for more employees,” Vidler says.

She says over the past few barometer surveys, hiring rates have stayed stable, although 50% is slightly lower than usual.

“A static hiring figure indicates people are really making their workforces as efficient and productive as possible irrespective of the conditions they are in and businesses are trying to shy away from throwing people at the workforce,” Vidler says.

In the next 12 months the survey found private businesses are predicting sales growth of 12% and profit growth of 14%.

Vidler says businesses are now recognising a need to adapt to current conditions.

While the strong Australian dollar, low levels of market confidence and consumers increasing their spending online from overseas retailers have led to rough conditions, Vidler says some businesses are still performing strongly.

Successful businesses are differentiating themselves from market competitors through innovation (reducing the need to engage in price wars), planning investments in the next 12 months, intending to hire more people in the next six months and focusing on up-skilling current employees.

Vidler says many businesses are currently lowering prices in order to compete, but those making the most profits have not engaged in the price wars.

“In terms of the growth opportunities, more and more businesses are looking to differentiate themselves, but many are competing via prices. The businesses doing well are those which are improving their services and products, rather than lowering prices,” she says.

Also released today were the results from the Ernst and Young capital confidence barometer.

The survey of 1600 executives worldwide found merger and acquisition activity in Australia is likely to rise over the next 12 months.

The survey found 70% of Australasian respondents believed local deal volumes will be higher this year. Twenty-four per cent of Australasian businesses said they were intending to acquire in the next 12 months, up from 20% in October.