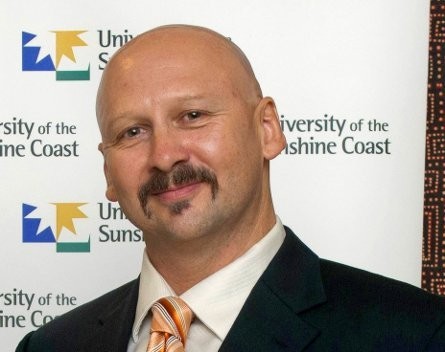 Dean Alle, an entrepreneur with a PhD in atomic and molecular physics, has been named as the new entrepreneur-in-residence at Queensland’s University of the Sunshine Coast.

Alle, who founded his intellectual property and commercialisation consulting firm BwiseIP in 2005, told StartupSmart Australian entrepreneurs have great ideas but can struggle to commercialise them effectively, and his focus would be on enabling young, emerging entrepreneurs to do so effectively.

“The term entrepreneur is over-used, and entrepreneur-in-residence can mean anyone who is hanging around looking for a piece of the action, maybe as an investor. But this role is about helping our students and businesses, and I’m not looking for part of the action or a slice of remuneration,” Alle says.

He says entrepreneurialism and commercialisation have become increasingly complicated.

“People struggle with commercialisation in Australia and most places. It’s a bigger equation than just the people, or just finances or just the market,” he says.

“We’re seeing a lot of changes about how the market works and how business works. It used to be a case of working a good idea up through a testing and investment path, but that can happen in three months now and it keeps evolving.”

According to Alle, the key misunderstanding entrepreneurs have when they begin to commercialise their idea is raising expectations based on positive feedback from their social networks and not seeking objective advice.

“It’s human nature. It spurs them on, but it can give them a false expression of how that is going to pan out,” Alle says. “There has to be that sounding board and the cold light of day analysis. And most important to that is the scenario testing you’d do around who is actually going to buy it, and for how much.”

Another key issue facing entrepreneurs is working with intellectual property and managing the creative people who own it in a commercially viable way.

“Working with creative people to reach some sort of business outcome is, in itself, quite difficult to do,” Alle says.

“You’ve got to really get to know them. You need to manage this well or it’ll end in tears. It’s not a `turn the handle process’, and a lot of business advisors such as lawyers and accountants aren’t adept at handling creative people.”

He says the University of the Sunshine Coast has great potential to continue to commercialise its research focused on clean technology and health space.

He adds his role won’t be without challenges.

“I’ve worked with young people before and it’s been pretty confronting. I’ve struggled to engage with students and I’m looking forward to engaging with them better,” Alle says.