Campaign Monitor to double in size 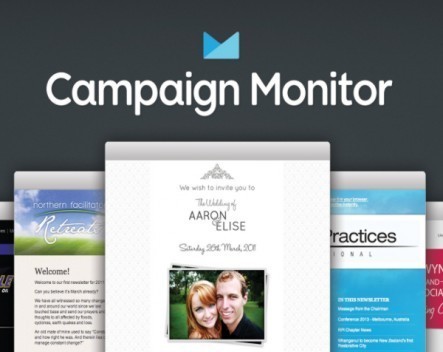 Email marketing startup Campaign Monitor has opened new offices in Sydney as it looks to double in size over the next 12 months.

It follows the opening of a new office in San Francisco last month. The startup, which raised $250 million from Insight Venture Partners in April last year, plans on hiring another 100 employees, doubling its workforce to around 200. The 100 hires will boost all the core areas of the company, product development, sales, marketing, and be spread across its US and Australian headquarters.

The new office, which spans the top floor of 201 Elizabeth Street in Sydney, is intended to entrench that advantage. It features a 360-degree view of the city, staffed coffee bar, and a fully functioning kitchen where breakfast and lunch are prepared for employees. It currently houses 64 Campaign Monitor employees and has room for another 88.

“I’m sitting here in the heart of Silicon Valley right now and down the street I’ve got Twitter, Dropbox, LinkedIn, Google, Airbnb, Uber, they’re all within a one-mile radius of where I am right now. So it’s very difficult to compete.”

Currently Campaign Monitor has more than 120,000 customers globally. Swensrud says the growth plans don’t signal a move into the expensive enterprise focused space where it would compete directly with the likes of ExactTarget.

“I was using products like those at another job and it took a million dollars and a year to get up and running, which was great. But what about the rest of us? There’s only 500 companies in the Fortune 500. We really serve the millions that have the same needs and desire to grow, and need to do it on a budget,” he says.

“Moving forward, we want to be able to serve these companies with more sophisticated technology, but we will always try to do it in the Campaign Monitor way, by keeping things simple at a low price point.”

Swensrud joined Campaign Monitor in November after it acquired GetFeedback, an online survey startup he founded in 2013. It was Campaign Monitor co-founders Dave Greiner’s and Ben Richardson’s love of surfing that led to the acquisition of Get Feedback.

“Dave and Ben are avid surfers and the reason they stumbled across my company was because of the World Surf League. Which is the international governing body for surfing – a bit like FIFA for football,” he says.

“Because they were one of our customers they sent out one of our surveys and Dave and Ben thought who is this company that built this software? Because they build software exactly like us.”