Can Melbourne support all these big global startups? One local says no 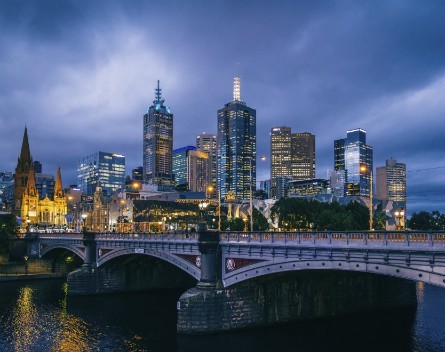 The arrival of numerous big players into Melbourne will place further pressure on smaller startups trying to find the right developers, the co-founder of local startup Big Datr says.

However, other members of the Victorian startup community say having these large companies in the city will eventually expand the overall talent pool and encourage others to get involved with the tech sector.

The Victorian government has made “significant” investments to attract Zendesk, GoPro and Slack to establish regional headquarters in the city, and will also help homegrown Appster expand its presence.

Overall, it estimates that over 400 tech jobs will be created by these big companies in the city over the course of five years.

Putting pressure on the locals

“It puts pressure on an existing issue – a developer talent shortage,” he says.

“There are already some massive tech companies in the city and it’s already tough to find people that have the right cultural fit and are passionate and capable of working with the latest technology advancements.”

Only one out of every 200 or so candidates are right for Big Datr he says, and this talent shortage might only get worse.

“This doesn’t solve the city’s immediate talent shortage,” he says.

“We’re hopeful that Slack’s launch and other major moves from startups in Melbourne will encourage more students to get into coding.”

A vote of confidence

But for the minister of small business, innovation and industry Philip Dalidakis, the moves are a “huge vote of confidence for Victoria’s booming tech industry”.

“We are committed to strengthening this ecosystem and providing the right foundation for both established companies and local startups to make Victoria the place to do business, not just in Australia but across the world,” Dalidakis tells StartupSmart.

“It’s vitally important to have headliner names so I think it will have a big impact,” Lai says.

“The big names help to add credibility and build momentum in the local ecosystem.”

LeadChat co-founder Gary Tramer agrees, saying it’s “brilliant” to have the likes of Zendesk in the city.

“And US-based investors also feel more comfortable with Australia as a frontier for potential investors.”

Lai also counters the argument that the moves will place pressure on the locals, saying that having these well-known companies headquartered in Melbourne will help the ecosystem gain recognition and attract more talent form around the world to fill this gap.

“This will create more jobs,” he says.

“I know of many highly talented engineers in Silicon Valley that want to come home but aren’t because they feel there aren’t enough tech opportunities here.

“This big startup names will not only create new jobs but increase the local talent pool by drawing the tech diaspora back home where they belong.”

It could also serve to encourage the next generation of startup founders, he says.

“A large part of growing entrepreneurship in Australia is about having stories and useful cases to point to,” Lai says.

“It’s the inspiration of startup stories which turns ‘wantrepreneurs’ into ‘entrepreneurs’, so I do think this will help to foster a spirit of entrepreneurship locally.”

For LeadChat, a Melbourne startup that is set to double its team in the next quarter, the big tech companies now in Melbourne provide a lot of opportunities.

“You hear stories of Zendesk growing from five to 150 employees in Australia in a year and of Zomato arriving and growing from a team of 15 to 150 in six months,” Tramer says.

“The flow-on effect is more trained, specialised startup talent here that we can tap into and that’s something that has been missing.

“This is what’s bloody exciting.”