Can you trademark a store design? Apple wins the right in Europe 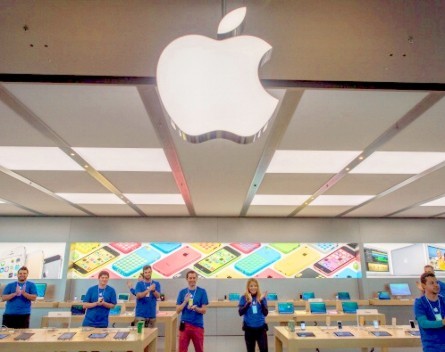 Apple has won the right to trademark its flagship store design in Europe in a landmark ruling.

The European Court of Justice last week ruled Apple stores are distinctive enough to warrant being considered for a trademark.

German courts had rejected an application for a trademark from Apple, but referred the issue to European courts for guidance after the tech giant appealed.

The store design in question is Apple’s parallel lines of big tables with electronic gadgets spread out on them under a high ceiling.

The ECJ said a design pattern like Apple’s “may constitute a trademark provided that it is capable of distinguishing the goods or services of one undertaking” from others.

Apple successfully registered its store layout as a trademark in the United States in 2010.

“The definition of what constitutes a trademark under the relevant European directive is a little bit different to our definition here,” she says.

“It includes design and shape of goods and of their packaging, so in its decision the court focused on the store layout of the design and also considered it was packaging for the retail services that would be delivered in an Apple store. “

Walsh says in Australia a trademark is a sign, but the definition of sign does not include design, and when it refers to packaging it refers to aspects of packaging.

“If you were to look at trademarking a store layout in Australia you would have to establish your layout constituted a shape or fell under the definition of a sign,” she says.

“The other hurdle to overcome is to demonstrate that it is a sign that is capable of distinguishing your goods and services from those of another undertaking.”  Walsh says Apple has designated Australia as one of the countries in its international trademark application made in Madrid but the tech giant let the application lapse and never pursued it in Australia.

She says while there are not any store layouts registered as trademarks in Australia the concept of a trademark continues to evolve.

“Eagle Boys Pizza has registered the pink glow associated with its neon signage,” she says.

“That’s part of a move towards registering more of those marks that encompass the brand’s look and feel.”