Canadian start-up heads Down Under – and launches in Adelaide 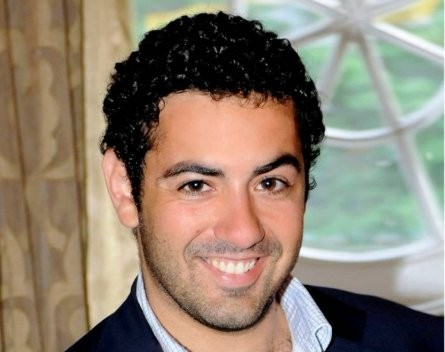 Canadian start-up Agent Anything has launched in Australia after being accepted into ANZ Innovyz START, but has chosen Adelaide – rather than Sydney or Melbourne – as its local base.

Agent Anything, which first launched in New York in 2010, lets people and companies post small jobs, tasks and errands to a student workforce, thus making it more affordable.

“Harry… had been doing an internship. He realised during this internship some days there was a lot of work for him and others there were not as much,” Fishman told StartupSmart.

“He felt things were inefficient. He could be paid for the time he was most needed, and the company would only pay for specific things that needed to be accomplished not during lulls.

“So that was part of where he started early on to see something that could be done.”

Earlier this year, Agent Anything was one of 10 companies selected to participate in the second ANZ Innovyz START program, which is held in Adelaide.

“We think ANZ Innovyz START saw our large-scale potential; our ability to quickly and easily scale new markets. We have a business with enormous scope,” Fishman says.

Agent Anything has now launched in Adelaide, with Fishman insisting the city was in the company’s sights prior to its participation in ANZ Innovyz START.

“Adelaide was actually in our original expansion plans as a city because of its high student population, high population density, public transport and demographics,” he says.

“The real driver for why Adelaide now is because we looked [at] tons of programs around the world and spoke to a lot of directors, people involved with the program, and the members of teams.

“The feeling we got immediately from this one was that the program directors were uncommonly hands-on and involved with the companies, and committed to their success.

“As far as a start-up hub, Adelaide has everyone from government to big business to a number of start-ups, lawyers, bankers, and they’re all really pushing things forward.”

According to Fishman, Australian start-ups are not overly disadvantaged, despite claims to the contrary.

“There’s a perception there is less investment dollars going around in Australia, but it is also the case there is less competition,” he says.

“People here say negatively that start-ups focus too much on their product in Australia, but maybe they can afford to do so because there may not be 50 other companies working on the same thing at that moment.

“The start-up communities are also really only getting started, and we see strong support from government and organisations to push things forward.”

Fishman says the company is confident it will do well in the Australian market.

“Of the English-speaking countries, Australia is the hardest because of high student wages, regulation, isolation,” he says.

“This is the right market to prove international scaling, and promised to be one of the most profitable based on those reasons.”