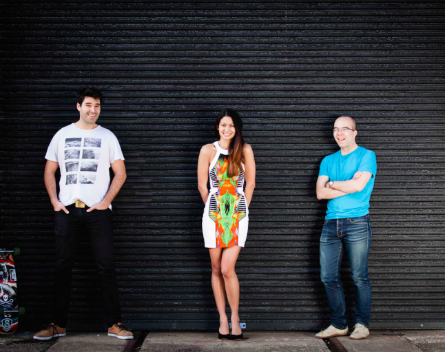 Australian design startup Canva was one of the 10 finalists pitching at the 2015 International CES in Las Vegas as part of Richard Branson’s Extreme Tech Challenge competition this week.

In total, more than 2000 startups from over 100 countries worldwide entered the competition.

The Las Vegas leg of the competition saw two finalists picked by a judging panel including some of the biggest names in the tech industry, along with a people’s choice champion.

While it didn’t win the contest, the competition was nonetheless a golden opportunity for Canva to pitch its business model to some of the most influential names in the tech industry.

The three winners were invited to visit Branson’s private island, Necker, to participate in the Necker MaiTai networking event.

Canva chief executive Melanie Perkins told Private Media the company is looking forward to the year ahead, and has a lot of exciting things in the pipeline.

“We’re thrilled to have been selected as a finalist for the Extreme Tech Challenge and to be recognised alongside such innovative companies,” Perkins says.

“Last year, we reached one million users, launched our iPad app, unveiled the Canva Button to allow other websites to integrate Canva, and opened our designer marketplace for graphic designers to contribute their own layouts and elements, and earn a royalty whenever they’re used.”