Captcha this: How a Brisbane start-up is using games to fight spambots and challenge Google 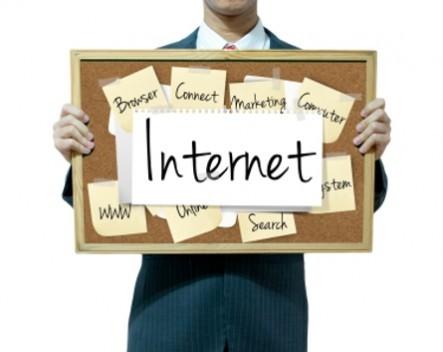 A spam-fighting start-up from Brisbane has launched their gamified alternative to computer tests that ensure a user is human, known as captchas, and won the People’s Choice award at this week’s Mobile Monday meet-up.

SwipeAds offers very short games as an alternative to the twisty letter style captchas website users have to decipher and fill in to prove they are human and gain access to sites and downloads.

Co-founder Matthew Ford told StartupSmart they were launching a new website next week as they move out of beta, but they quietly stopped calling the system beta last week.

Born out of a start-up weekend in Brisbane, the business was registered in January and launched in February.

Rather than peering at twisted letters and typing them in, the FunCaptcha product by SwipeAds offers very short and easy games instead, such as a digital version of whack the rabbit on the head or choosing which faces are the female ones from a line-up.

“We’ve made games that can separate the humans from the spam bots. We’re not all that good recognising text, computers are actually better at that. So we’re moving away into our own human territory, play and images,” Ford says.

Co-founders Matthew Ford and Kevin Gosschalk are both from game design background, and third co-founder Chris Macauley has a marketing background.

Ford says the strength of the idea comes from the universal hatred of captchas.

“A captcha stops spammers from abusing websites so they’re necessary but the amazing thing is that there are 280 million of those twisty letter ones being solved by people all over the world, but people hate them. Humans are investing so much time into something they just hate doing, and so obviously it’s a solution that needs to be updated,” Ford says.

Ford says the software is genuinely fun, and is faster and has a much higher completion rate than twisty letter captcha options.

“Replacing twisty letters with games is actually much faster. And more importantly, 96% of the people we’ve been testing finished it. They don’t give up and click off. I actually haven’t seen anyone fail, so I don’t know what the 4% are doing, maybe their cat jumped on the keyboard at the key moment,” Ford says.

The software is currently free to use, but the team at SwipeAds have several plans to monetise it eventually.

“Investors love to see eyeballs; we’re just getting to use the solution at first so we’re not worrying about money. Once we’ve got those eyeballs, there are several ways to monetise it,” Ford says, adding they can work brand images into the games as a way of advertising, provided it doesn’t slow the program or diminish the fun.

“This is eyeballs and engagement, and that’s what advertisers really want. Captchas are one of the few opportunities where you know that’s exactly what they’re looking at,” Ford says.

The team of three is currently self-funding their work. They’re not too fazed about the fact the major provider of captchas, and therefore their main competitor, is tech superpower Google.

“We love it. Google are a great company and they’ve got a lot of things drawing their attention so we’re not too worried about it right now. We have a different offering, I’d like them to work with us because we both have to recognise we have a problem, everyone hates captchas,” Ford says.

But the end goal isn’t necessarily being bought by Google.

“Our dream end goal is fun captcha to be everywhere. So we’ll do whatever it takes, but there are many ways to get to that dream. I’d love to keep working on it forever, so if Google did buy us, I’d be out of a job,” Ford says.

As a games designer with decades of experience across Atari and Microsoft, Ford says he’s delighted to see games flourishing out of the entertainment sector and into business.

“Games are the new lingo, they’re universal now. We know enough about making casual games now that seriously anyone can play. It’s so great to see the rise of games,” Ford says.