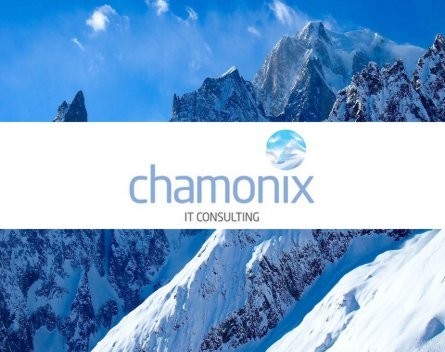 When Scott Grigg quit his job at an ASX-listed IT consulting company to launch Chamonix IT Consulting, he knew it was going to be different. Three years on, Grigg describes the process of growing the company from five partners with $150,000 in upfront capital to 75 staff turning over millions as a lot of fun, but definitely a major challenge.

“A lot of people think because we’d been doing IT consulting for years and had good networks, it was handed to us on a platter. But even with these, it’s a massive challenge,” Grigg says. “You go from having a security network to having to pick up everything in the business.”

Find an approach that works for your company and team

Grigg says the key to their success has been pursuing a strategy opposite to the one many consulting companies employ.

“Consultancy companies can be a bit of a black box, with consultants trying to hold on to as much of their intellectual property and insights as they can so you have to hire them again,” Grigg says. “But we decided to scrap that and took the reverse approach and approach it more as a mentoring.”

While Grigg concedes there is a risk that their services could become redundant for some clients once they are trained up enough to solve the issues Chamonix IT Consulting was hired to solve, he says they have no intention of reverting to a more cagey approach.

“In regards to the redundancy, it’s a risk but our view is if we do the right thing by people there’ll always be business. We want people to want to keep working with us, not need to,” Grigg says.

It’s worked so far, with the South Australian office of 50 staff turning over $6.5 million last financial year and the Melbourne team of 25 beginning to take off.

You’ll need to learn how to delegate, even if you don’t want to at first

Managing the growth has been a “massive learning curve” for the team. Once the team grew to 20, the founders realised they needed to shift their approach if they wanted to keep growing as quickly.

“First you’re doing everything yourself, and then when you really start to grow, you need to learn how to step back and work on the business, not in the business,” Grigg says, adding he learned how to delegate pretty much kicking and screaming.

“I only really learned how to delegate properly when we started to feel the pressure to look after the business as a whole, rather than just getting it all done. Since then, my role has changed a lot.”

Recruiting the right team is key to growth

Grigg says the key for him learning to let go and delegate was hiring the right people.

“It’s your baby, so you need to find people you can trust,” Grigg says.

Finding the right people has come down to braiding together the commitment to never hiring the “B” team, and avoiding brilliant jerks.

“Our focus on getting recruitment right has been pretty heavy. We focus on finding the most talented people, but they have to be a good fit with the right ideals. That’s how you grow well, you don’t risk sacrificing the culture,” Grigg says.

Chamonix IT Consulting is now transitioning out of its start-up rapid growth stage, and is adjusting its growth targets to focus on consolidation in the coming years.

Grigg adds the upcoming South Australian election offers them the opportunity to discuss policies and ideas that could make Adelaide “Australia’s Silicon Valley” as the car manufacturing industry winds down with the looming departure of Holden.

“It’s definitely possible because we have some very clever people and great living conditions. We need to shift our focus from manufacturing towards being a bit smarter with our plans,” Grigg says, adding South Australia will also need to look at their tax regime as one of the more heavily taxed states in Australia.