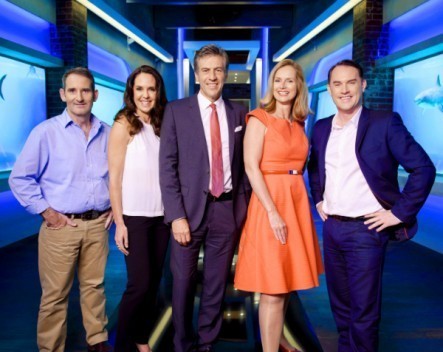 The first episode of Network Ten’s Shark Tank kicked-off on Sunday night, with Australians pitching their business ideas to a panel of industry leaders including the founder of River City Labs, Steve Baxter.

Up first were two men from South Australia pitching an esky that doubles as a cricket set. The pair wanted $280,000 in funding in exchange for a 20% stake. After being rejected by four of the five ‘sharks’, the entrepreneurs accepted a less attractive offer of $80,000 for 20%.

A number of other ideas were shot down, in what would be a sobering – and accurate – experience for many entrepreneurs. So what did those in the Australian startup community think of the show?

Investor Adrian Stone – who is a self-described “Shark Tank junkie” – told StartupSmart the program is a bit like watching a gladiator contest.

“Though if you look at the judges on the set they have general business experience… only one or two have tech experience. So it’s probably for small and large businesses rather than tech entrepreneurs.”

However, Stone says the show is still valuable for startup founders because it shows how an idea isn’t necessarily as good as what you initially think it is.

“I think it’s a good way to bring the entrepreneur back to reality,” he says.

“When they go see an investor they will actually have to work hard to get them to see their vision. Investors invest in lines, not in dots. It’s showing them the journey you’ve gone through with the business, not what you’re going to do. So it’s the grounding and the idea that maybe you’re not worth as much as your think you’re worth – the rest is fun.”

David Ryan, co-founder of publishing startup Corilla and editor-in-chief of Queensland startup community Tech Tidal, told StartupSmart the show reveals both the difficulties and rewards of being an entrepreneur.

“The lessons from the first week are to commit – not waiting around for easy pay cheques or expecting an investor to take on risk you’re not willing or able to manage yourself,” he says.

Ryan says he can imagine a lot of entrepreneurs watching the show and then going back to rework their pitch decks.

“While the show may seem like it’s putting projects up for ridicule, it’s merely showing how high the bar is,” he says.