Chasing the ‘silver sliver’: making sure innovation doesn’t slip through our fingers 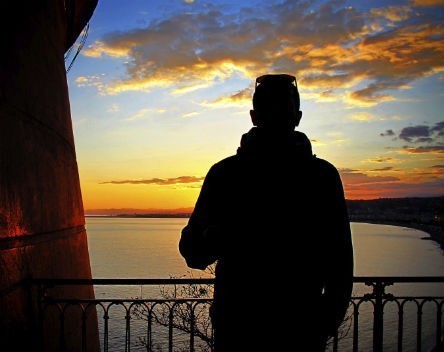 There are several widely-agreed upon facts about the current world economy. One is that value is being sourced to an increasing degree from analytic, inventive and creative ideas. Another is that ideas can be used over and over again without deteriorating. (This means I can use an idea without detracting from your ability to use that idea.)

A third is that production chains are becoming increasingly global. Components trade – meaning the bits and pieces that go into a final consumer product – and the trade in research, are two of the fastest forms of international trade. Both these trades are underpinned by sophisticated supply chain management systems and cheap communication platforms.

Australia is set for a period of lower commodity prices, particularly for iron ore and coal; several of our largest multi-national corporations are pulling out (Toyota, GM, Ford and Alcoa); and we are a small market a long distance from the major markets of the world.

Our fate is in our hands. We can dig faster and farm more intensively but there are other more obvious things we can do. We have several advantages: a world-class research sector, the likes of which have invented wifi; the bionic ear; a cervical cancer vaccine; the polymer bank note and more. We have a transparent government sector comparatively free from corruption. And we have good physical infrastructure.

But we fare poorly in getting value out of these advantages. Our industries are poorly connected with our research institutes and universities and we are not well integrated into global production chains.

So where is the low hanging fruit? How can a country on the edge of the planet, with 1% of the world’s population, and without membership of any major regional trading blocs survive? Proposed ad hoc trade agreements will not save us. They do not always treat minor parties in a balanced and welfare enhancing way (consider the investor state dispute settlement mechanism under the Trans-Pacific Partnership).

Australia does not have a complete manufacturing sector in the way North America and Europe does. And as production lines fragment and products are more and more made from components sourced from multiple businesses across many countries, we will become more and more of a bit player.

This does not mean however that we cannot and should not contribute to production in a high level way. We can contribute to this new world business model by providing the “silver sliver” – or the high-value – part of world goods. Australia is the author of a number of notable local successes producing leading-edge parts into global products.

Local examples of such a “silver sliver” is world leading non-woven moisture-transfer fabric, designed in Melbourne’s Tullamarine by Textor technologies. Textor is a world leader in fabrics which draw fluids away from the body. This technology is a component in baby nappies, medical products and personal sanitation products.

Australian company Orbital is a developer and supplier of remote electrical isolation systems to the resource industry and engine management system technologies for the marine, motorcycle, recreational and Unmanned Aerial Vehicle markets. It crafts and supplies services for world best fuel/control systems.

So how do these successes come about? Not in a vacuum. The research, design and development people are connected with people in related businesses, universities and research institutes both here and overseas. They work in teams that collaborate with other parties that produce complementary inputs into the inventive process.

They take risks but bring people along with them. Entering international production lines is not for the faint-hearted. There are many ways to do this, but personal connections, trust and relationship are inevitably factors that expedite business. In an environment of uncertainty where people are doing something that is fundamentally new, it is the relationship that smooths over doubts and carries the day.

Australia’s successes have triumphed despite laissez-faire attitudes from business associations and government departments of industry. In the United States, and much of northern Europe, the government sector injects substantial funds into institutions such as cooperative industry-university centres and export programs to help link businesses with relevant collaborators.

Sadly, in Australia, this is not the case. Australian governments spend about one third the amount these countries do (as a percentage of GDP) on programs designed to ensure their ideas are used and rewarded via insinuating themselves into world production chains. The attitude is “leave it up to the market!”.

The stakes are high. One idea can be applied to 7 billion people without any deterioration of the idea. Most products, simple and sophisticated, embody ideas from millions of people. Good ideas on their own do not go far, but good ideas combined by the savvy entrepreneur and best business model can yield an iPhone, a computer, a carbon-free car or the drug that saves your life.

But will future generations pay for our neglect of our research infrastructure? Why is our translation of scientific ideas into productive use so poor? If Australia wants to remain as a high income country, we need to keeping ask whether we are doing enough.