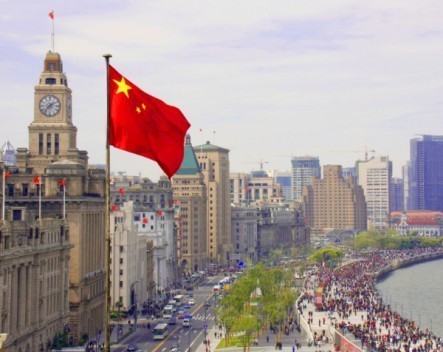 Australia’s economic future can be bright.

The 2015 Intergenerational Report (IGR) says that in 2055 our pay packets will on average, be able to buy nearly 80% more goods and services than now.

But, as the IGR concedes, whether these happy days come true really depends on what happens to productivity between now and then. Government policy settings that foster a culture of innovation will be crucial.

And there’s the problem.

As it currently stands, the World Economic Forum (WEF) ranks the strength of Australia’s innovation environment in the bottom half of the OECD.

If we are benchmarking ourselves against the likes of Germany, then that may not seem so bad. But how about China, a country that made a name for itself as the factory of the world on the back of millions of workers paid next to nothing?

China rises up the innovation rankings

That’s the reality that Australia now faces: out of the 144 countries ranked by the WEF, the strength of China’s innovation environment now lies just seven places behind ours. And don’t forget: per-capita incomes in China are only around one-quarter of those in Australia.

To be sure, it’s not so much that Australia has gone backwards. It’s that China has caught up. The days of cheap labour in China ended more than a decade ago.

Nowadays when utilities and other costs are added to sharply rising wages, Boston Consulting Group says that manufacturing costs in China are only 4% less than in the US.

That’s put enormous pressure on Chinese companies to innovate and produce higher value-added goods and services rather than try to compete on the lowest price.

It’s hard to argue with the results. According to the World Trade Organization, China’s share of world manufactured goods trade leapt from 4.7% in 2000 to 17.5% in 2013.

Some quip that China hasn’t yet discovered its own Apple. That’s true. But it does have Lenovo and Huawei, the world’s largest manufacturers of PCs and telecommunications equipment, respectively. Then there’s smart phone maker, Xiaomi, a company we’ll be hearing a lot more about in the next few years. And what’s unfolding in the digital space is nothing short of revolutionary.

Last month the Harvard Business Review said that over the past five years the digital evolution in China has been more rapid than in any of the other 49 countries they studied.

China doesn’t need to find its own eBay or Amazon.

By 2012, China’s largest online retailer, Alibaba, already had sales exceeding that of the American giants combined.

Industry researcher, eMarketer, says that the value of retail e-commerce sales in China in 2014 was 40% higher than in the US. By 2018, it will be more than double. Runs on the board in e-commerce are now being leveraged in other areas.

Alibaba just set up its own bank. To decide who to lend to it will tap its own treasure trove of data: the payments histories of more than 300 million individual users and 37 million small businesses that trade of its online platforms.

In searching for the secrets of Chinese success, don’t look for hordes of state-owned enterprises pumped full of government subsidies. Alibaba and co are privately-owned and profit hungry.

But what the Chinese government has done well is to recognise the high cost challenge and respond with a narrative about how it can be overcome.

Innovation as the buzzword

We heard this loud and clear when Chinese Premier, Li Keqiang, delivered his work report at the National People’s Congress earlier this month. “Innovation-driven development” is now the national economic strategy.

When addressing the World Economic Forum at Davos in January, Premier Li spoke of innovation and entrepreneurship no less than 20 times. He said that in Chinese eyes they are a “gold mine”. It’s not just words. It was reforms by China’s banking regulator last year that cleared the way for Alibaba to act on its entrepreneurial instincts and branch into finance.

Yet far from the Chinese sense of urgency and mission, Australian governments have appeared content squandering the proceeds of the mining boom – a once in a generation opportunity to reposition the economy for sustainable, innovation-led growth.

So what about Australia?

Innovation policy in Australia is now focused on establishing five industry “Growth Centres”, which will be designed to encourage business-university collaboration. But these have only been allocated around $190 million, compared with almost $3 billion for the UK Catapult Centres, on which they are based.

Australia doesn’t need to unleash its own Apple or Alibaba, however enticing such a prospect might be. The reality is we account for only 2% of the world’s R&D, and even less of its markets.

But we do need more knowledge intensive “micro-multinationals” that engage in niche production and feed into global networks and value chains.

Already in 2012, before the IGR, the Australia in the Asian Century White Paper noted: “Using creativity and design-based thinking to solve complex problems is a distinctive Australian strength that can help to meet the emerging challenges of this century”.

Countries like Germany, Switzerland, and more recently the UK, have shown that being a high cost economy doesn’t mean that manufacturing needs to be abandoned. Nor does it mean that international competitiveness needs to be lost.

But when a country like China starts teaching the same lessons, it really is time to sit up and start paying attention.