Christopher Pyne on innovation policies, the $28 million ad campaign and diversity in tech: “We can’t afford to be left behind” 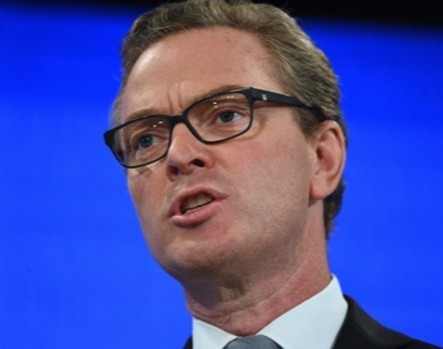 The raft of policies in the $1 billion innovation statement are just the beginning, with the government ready to consult with the startup community to find policies that work, minister for industry, innovation and science Christopher Pyne says.

In an email Q&A with StartupSmart, Pyne says the government has been taking the range of criticisms from the community on board, including talks of a possible ‘investor drought’ in the lead-up to taxation changes, a lack of focus on gender diversity, an expensive advertising campaign to spruik the statement and claims changes to equity crowdfunding laws won’t help startups at all.

“The government will continue to listen and be open to new ideas as it consults during the implementation process,” Pyne tells StartupSmart.

“There is no ‘once and for all’ action or set of measures in the context of innovation policy. To foster a vibrant and sustainable innovation ecosystem, to bring about change, especially change in culture, demands a continuing effort over time.

“It also requires adaptation to changes in circumstances and the agility and flexibility to respond to and take advantage of opportunities which present themselves.”

The email Q&A with Pyne has been published in full below:

StartupSmart: Last year was such a huge one for innovation and the startup community, what should they expect in 2016?

Christopher Pyne: The announcement of the National Innovation and Science Agenda (NISA) by the Prime Minister and the minister for industry, innovation and science on 7 December 2015 is an important step towards a more innovative and entrepreneurial economy.

The Agenda sets the vision for a collective approach to addressing barriers to innovation and the development of an entrepreneurial culture. The Government has started the implementation of the NISA measures and will prioritise this work in 2016 with a number of measures commencing in July 2016. The Government will continue to listen and be open to new ideas as it consults during the implementation process.

There is no ‘once and for all’ action or set of measures in the context of innovation policy. To foster a vibrant and sustainable innovation ecosystem, to bring about change, especially change in culture, demands a continuing effort over time. It also requires adaptation to changes in circumstances and the agility and flexibility to respond to and take advantage of opportunities that present themselves.

There are growing concerns about an “investor strike” in the six months before the innovation statement taxation changes are implemented, are you concerned about this?

The government is consulting with stakeholders so policy details are finalised in consultation with industry before the changes are signed into law. Stakeholders wishing to participate can register their interest by emailing [email protected] or [email protected].

Why has the startup sector and innovation space become such a primary concern of the government and will this continue to the election this year?

As the Prime Minister said in announcing the Agenda, “companies that embrace innovation, that are agile and prepared to approach change confidently and with a sense of optimism are more competitive, more able to grow market share and more likely to increase their employment. More jobs, more growth – that is the focus of my government”.

The Agenda is a long-term approach of complementary measures that will change Australia’s innovation culture by enabling risk, by encouraging people to see that risk can be a positive and that we can learn and grow from our failures.

The Agenda measures are a start and we can do more to do to leverage our talent and skills, to build increased diversity in the Australian economy and to ensure that we are positioned to participate fully in the global economy of the 21st century.

The Agenda is not only about startups; it is much broader than this. However, it does recognise that, in a world where technology is ubiquitous and is increasingly the enabler of new opportunities, these businesses are frequently the vehicle through which innovative ideas are developed and introduced to national and international markets and, in the longer term, jobs created.

The government’s planned $28 million innovation statement advertising campaign has been criticised, do you think this is an appropriate use of money as opposed to investing in startups or infrastructure?

The research conducted by the government shows there is a clear need in Australia for a cultural shift when it comes to the importance of risk-taking, embracing new ideas and perceptions of business failure. We can’t afford to be left behind.

As a part of the government’s commitment to transforming our economy and delivering jobs for Australians, we will be investing $28 million in a public information and community engagement campaign. It will be designed to help change the culture around innovation and science in our businesses, engage young people to help inspire the entrepreneurs of the future and provide the key information to any Australian wanting to take a risk on a new business venture.

What other ways will the government try to make Australian culture more innovative and entrepreneurial?

The Agenda is a long-term approach of complementary measures that will change Australia’s innovation culture by enabling risk, by encouraging people to see that risk can be a positive, and that we can learn and grow from our failures. The government will continue to develop policies that encourage risk-taking and the embrace of new ideas, whether through measured incentives, through international engagement and longer term through the education system which has a critical role to play.

The government’s equity crowdfunding reforms have been heavily criticised for not doing enough to benefit startups and small business – what do you think of these critiques and do you think the reforms will still benefit this sector?

Improving the availability of capital for Australian startups is an important goal of the Agenda. The Agenda contains a range of measures designed to achieve this, of which the introduction of a regulatory regime to facilitate crowd sourced equity funding (CSEF) is one.

Some of the other measures include tax incentives for investors, a new incubator support programme and the establishment of the CSIRO Innovation Fund and Biomedical Translation Fund.

CSEF will open up access to new investors for Australian startups. The new CSEF arrangements will take effect as soon as the enabling legislation is passed into law, expected to be before the end of 2016. The legislation was introduced into Parliament on 3 December 2015. The Government has been guided by the need to ensure that the regulatory model appropriately balances support for investment and reducing compliance costs with maintaining appropriate levels of investor protection.

The Australian model is competitive globally with the issuer cap of $5 million each year higher than the US and New Zealand cap, and the investor cap of $10,000 per issuance higher than the average in New Zealand and the UK. There is no aggregate cap on CSEF investment per 12 month period, and this supports a portfolio approach to investment in high-risk startups.

As is to be expected and welcomed, there has been a range of views expressed on regulatory design features during the continuing consultation process.

How will the government go about addressing the gender and diversity gap in the innovation sector?

Under the Agenda, the Australian government has committed $13 million over the next five years in measures to increase the number of girls and women studying STEM subjects at school and university, and going on to in STEM related careers—including in innovative industries and startups.

The Agenda will provide funding to expand existing initiatives based on successful Australian and international models (such as the Science in Australia Gender Equity pilot and the ‘Male Champions of Change’ project), as well as a range of public-private partnerships to celebrate female STEM role models and foster interest in STEM among girls and women.

These initiatives will build on work already under way in Australian Government science agencies to drive greater gender diversity in the innovation system.

You’ve been in this position for four months now, how have you found the new role and your interactions with the startup community?

It was a great honour for me to accept the Prime Minister’s offer to become the minister for industry, innovation and science in the first Turnbull Ministry.

Having served for five years as shadow minister and then two years as minister for education and training, I was delighted by this new opportunity to serve in an economic portfolio that is central to the future of our nation. Developing my relationship with the startup community has been most rewarding – the level of entrepreneurship, innovation and enthusiasm here in Australia is already remarkable, and I know the Agenda will unlock that even more into the future.

I’m most heartened by the fact that when I meet startup founders and entrepreneurs they aren’t sitting back waiting for a handout – they are cracking on with achieving their dreams and only want the government to get out of the way.

Many of the startup policies have bipartisan support – how do you differentiate the government from the opposition in terms of innovation?

The government’s Agenda is a $1.1 billion package to support innovation and entrepreneurship and the measures put Australia on the right track to becoming a leading innovator; open to adapting and evolving to improve the wellbeing and quality of life for all Australians.

Is the federal government willing to work with the opposition and other parties in this space?

The government welcomes Labor’s sudden interest in economic policy and creating jobs and growth.  We look forward to working with them in delivering the Agenda.