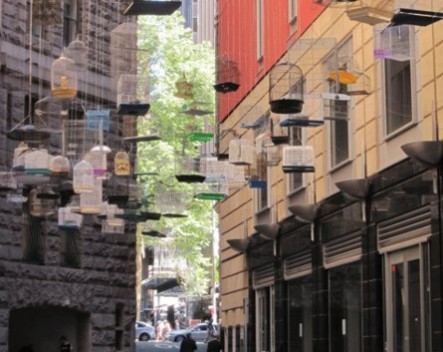 The City of Sydney Council wants to make the city a “vibrant startup destination”.

Lord Mayor Clover Moore introduced a new action plan this week that outlines what the city needs to do in order to be a “leader in the tech startup field”.

“Sydney is recognised as Australia’s primary global city and the leading knowledge-based economy in the nation,” the report reads.

“Startups are critical to building a city that is innovative, prosperous and lively.

“Governments across the world are establishing programs to support tech entrepreneurs. Sydney startups are competing in this global marketplace without similar levels of support.”

The plan follows on from Sustainable Sydney 2030 and the Creative City 2014-2024 Plan, and comes as Sydney slipped from 12 to 16 on the global startup ecosystems rankings.

A focus on awareness, accessibility and diversity

The ten-year action plan details how the City of Sydney will try to increase the number of entrepreneurs and opportunities that are available to them, create a more connected ecosystem in the city, and reduce regulatory barriers.

Some key points include the need for an entrepreneurship centre, an awareness campaign for the city’s startup scene, a tech startup festival, ‘Startup 101’ business seminars, digital education activities and a visiting entrepreneurs program.

The action plan was presented to the council on Monday, and founder and CEO of Sydney-based venture tech investor and accelerator BlueChilli Sebastien Eckersley-Maslin says it’s on the right track.

“The plan outlines a large number of good initiatives and has some actions at the end,” he says.

“It’s very, very thorough. There are a wide range of initiatives and actions the council can do, but there can always be more. It goes a long way in establishing Sydney as a place for a strong startup ecosystem.”

A focus on clustering, STEM talent pools and bringing underrepresented groups of society into the industry are the most important parts, Eckersley-Maslin says.

“The council realises that it needs to do something to support the startup ecosystem,” he says.

“Sydney faces stiff competition from other cities in attracting and retaining talent, and this goes some way to addressing that.”

StartupAUS CEO Peter Bradd says he supports the plan, and it aligns with the group’s Crossroads 2015 report.

“This is a great conversation open and it’s good to see growing recognition amongst our political leaders that startups hold the key to Australia’s economic future,” Bradd says.

The City of Brisbane Council has a similar plan, which includes a visiting entrepreneur program, an array of small grants and coding classes.

The plan says local government has an important role in nurturing startup ecosystems.

“The role of the City is to work with industry and government partners to help create a supportive environment in which entrepreneurs and innovation can flourish, in turn contributing to a tech startup ecosystem that can diversify, grow and develop,” it reads.

Eckersley-Maslin agrees, but says all levels of government in the country need to collaborate in order for the industry to achieve its full potential.

“It requires all three levels of government to get behind it,” he says. “The state and federal government need to come to the party too.”

The report addresses this, saying the Australian government offers “profoundly less support for startups” than others around the world.

It also says the lack of women in the startup industry is a barrier to its success.

“Women capable of starting growing companies may well be our greatest underutilised economic resource,” it says.

“If we can remove the historical sexism and barriers limiting women from launching and scaling tech startups, it could generate economic growth and employment across the city.”

The plan will now be placed on public exhibition for two months while the council welcomes feedback. It won’t be properly adopted until the end of the year or the start of 2016.

These are things that need to be implemented as soon as possible to ensure Sydney doesn’t fall further behind, Eckersley-Maslin says.

“There is some degree of urgency, and this will require a serious funding commitment to maintain the competitive position,” he says.

Submissions can be made here, or emailed to strategy@cityofsydney.nsw.go.au.