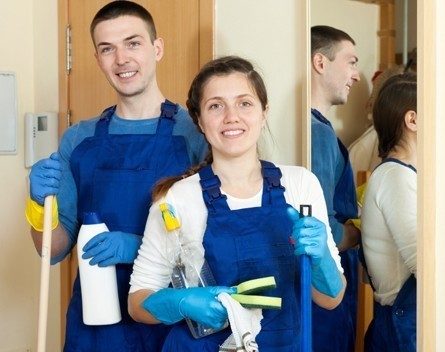 On-demand cleaning startup Whizz has closed a $2 million funding round to take its service to Melbourne by November, and nationwide by the end of 2016.

It offers same-day cleaning services for homes with a cleaner arriving within three hours, or users can schedule regular cleans, be it weekly, fortnightly or monthly. The service charges a fixed fee based on the number of rooms and bathrooms that require cleaning. It’s $95 for a two-bedroom two-bathroom clean.

Currently Whizz is only available in Sydney, but co-founder Mark Bernberg says it’s been growing quickly. Whizz is now booking 1000 cleans a month, six months after launch, and has been growing at a rate of 50% month-on-month. Seventy per cent of new users go on to book regular cleans.

“That substantiates the fact that we went for quality service first and technology second,” he says.

The startup released its iPhone app just under three weeks ago, and it’s been downloaded over 2500 times.

Bernberg says the startup aims to be in Melbourne by November 1, Brisbane by the second quarter of 2016 and nationwide by the end of 2016.

“The round was four times oversubscribed. We were very, very lucky to be able to choose to bring smart money, bringing on investors not just because of the capital, but with reputation, connections and future opportunities,” he says.

Rothery brings valuable experience should an IPO be in play for the future, Bernberg says, while Krulis opens up a strategic partnership with the cleaning retailer Godfreys.

In the United States on-demand cleaning startup Homejoy shut down recently after failing to raise enough funding. It had been fighting lawsuits that were aiming to determine whether or not its cleaners should be classified as employees or contractors.

Whizz’s cleaners are paid above market rates and since launch has had no problem with contractor retention, Bernberg says. Its cleaners must be experienced, pass police checks, have at least $10 million in public liability insurance, be covered by workers compensation, have an ABN, own a vehicle and speak fluent English.

“(Retention) hasn’t been a major problem, you’re obviously going to lose a couple, but we’re starting to build a loyal following of contractors. Quality providers that offer a quality service,” he says.