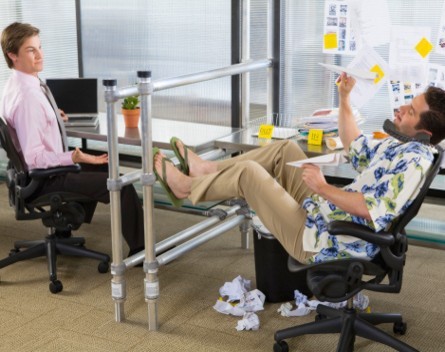 Co-working spaces are growing rapidly and are feeding the demand for flexible and collaborative working environments, according to a report examining “liberated” work in Australia.

The white paper, which was released by Third Spaces Group, found three quarters of co-working participants considered a shared hub to be important to their overall success.

In addition, the vast majority of respondents felt their professional networks and overall efficiency at work was improved thanks to being part of a co-working space.

Brad Krauskopf, founder and chief executive of Third Spaces Group, says the workplace is evolving and organisations should be taking notice.

“We’re seeing this shift towards the user being able to make the decisions about where they work, how they work and with whom they work,” he says.

Krauskopf says startups are naturally leading the charge when it comes to embracing co-working spaces.

“Culturally, we still like line-of-sight management and there is actually a shortage of management experience around how to manage a distributed workforce,” he says.

“The truly disrupted nature of working has been talked about for a couple of decades now except it is only in the last few years with the emergence of the cloud and fast internet that it’s actually possible. To think that we were suddenly going to develop the management expertise overnight was simply never going to happen… it’s going to take time.”

Murray Hurps, the general manager of Fishburners, told StartupSmart there has been “an explosion” of co-working spaces in Australia.

“Co-working by itself is good but having focused co-working is I think potentially more impactful,” he says.

“If you have for example a fin tech hub and you are going to focus on attracting fin tech startups and share your network and experience… you can create so much value just by having that critical mass.”

The major thing standing in the way of co-working spaces, according to Hurps, is high property prices and crippling rent.

“To continue expanding at the rate we are – which is one thousand square metres every few months – is just impossible at Sydney prices,” he says.

“But that’s a problem every company in Sydney has. If there’s one thing that could really improve it, I would say there’s a lot of residential development going on in Sydney and there’s an opportunity for councils… to approve more space for co-working spaces. The spaces that are being allocated at the moment just aren’t enough for the demand we have at Fishburners personally.”