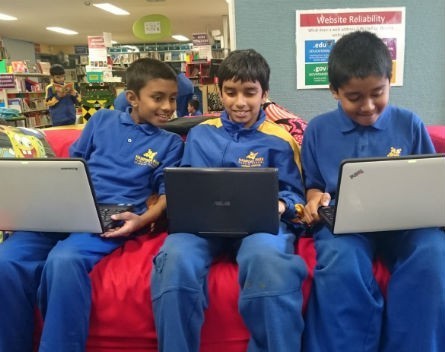 Australia’s Code Club has merged with the UK-based Raspberry Pi Foundation in a deal that will “open up a world of robotics” to Australian schoolchildren.

“It opens up a world of robotics,” Tagalan says.

“Code Club as a body was already looking at integrating more robotics and Internet of Things, and a lot of this will be coming from Raspberry Pi. It’s a natural movement.”

Code Club was established in 2012 in the UK, and is now a wholly-owned subsidiary of Raspberry Pi as part of the merger.

“Raspberry Pi Foundation and Code Club were both created as responses to the collective failure to prepare young people for life and work in a world that is shaped by digital technologies,” Colligan says.

“In many ways, the decision to join forces was an obvious step. We share a common mission and values, we hugely respect each other’s work, and there are clear benefits from combining our capabilities, particularly if we want to have impact at a serious scale.”

Tagalan says it’ll be another way for Code Club to demonstrate the practical capabilities of coding in a fun and accessible way through robotics, a concept which was recently adopted in Queensland.

She says little will actually change with the Code Club structure.

“The Code Clubs will remain the same but have access to more curriculums through the network,” Tagalan says.

“There’s a forward-thinking capability as well. Kids can start learning simple coding with them and advance to html and python will still using Raspberry Pi rather than moving to more expensive devices.

“Now there’s no limit to what you can create.”