Cognizant, a $33 billion US tech giant, announces big expansion in Melbourne and a new innovation hub 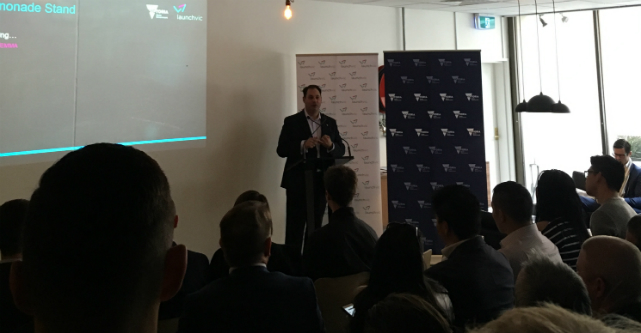 A US tech giant worth more than $33 billion has announced a big expansion in Melbourne with the opening of a new digital collaboration space to help power the digital economy.

NASDAQ-listed tech firm Cognizant has been supported by the Victorian government to make the move with the Digital Works Collaboratory set to create up to 110 new tech jobs in the city.

Cognizant, which first set up shop in Melbourne a decade ago, will also be launching its new APAC headquarters in the city.

Cognizant is a New Jersey-based tech giant that provides custom IT, consulting and business process outsourcing services, and officially became a Fortune 500 company in 2011.

The Melbourne Collaboratory will provide a “dedicated space for open collaboration among Cognizant, customers and partners to design, prototype and build digital solutions of the future”.

Victorian minister for innovation Philip Dalidakis secured the lucrative expansion while on a government mission to the US.

“Cognizant is such a huge company in its own right. For them to have three Collaboratories around the world, and for Australia to have one of them and the only one in the southern hemisphere, is a tremendous vote of confidence in what the government is doing.”

The new collaboration space will also be beneficial for local startup founders and entrepreneurs, Dalidakis says.

“It’s an opportunity to bring in designers, data scientists and technologists to have a look at what they’re doing, and an opportunity to again be a part of a global company with global resources and networks,” he says.

“That provides opportunities to people in the local scene to be able to access those resources and access the collaboration that occurs across the three collaboration workspaces.”

It’s another in a long-line of local and international tech companies being attracted to Melbourne by the Victorian government.

According to Invest Vic, 20 companies have launched or expanded their presence in Melbourne since the end of 2014, creating an estimated 1700-plus jobs. Half of these global tech companies come from the US, including Culture Amp, GoPro, Square and Zendesk.

Dalidakis credits the work done behind the scenes by Victorian government staff for this series of coups.

“A lot of work goes into this, it doesn’t happen by osmosis,” he says.

“I want to give a huge shout-out to the men and women who worked for Victoria around the world.

“They do a tremendous job talking to local companies in the US by presenting an opportunity to them to enter the Australia and Asia-Pacific market via Melbourne.”

Bringing tech giants like Cognizant to the city is all part of the government’s plan to transform Victoria into a world-leading tech hub, Dalidakis says.

“It’s the Victorian government’s vision to see ourselves as the number on tech destination across the Asia-Pacific region,” he says.

“Cognizant’s decision to bring the Collaboratory to Melbourne reaffirms that stated desire and that we continue to be on the right track in attracting the top talent and top companies in the local ecosystem.”

Dalidakis’ trip to the US has seen him discuss incubators and accelerators in San Francisco, talk fintech in New York, and investigate cyber security opportunities in Washington DC.

But most of all it’s about promoting Victorian talent on the global stage, he says.

“The focus is on the opportunities presented by LaunchVic’s fund, trying to bring new programs to the local scene and the ability to continue to strengthen our fintech offerings on the back of investment in cyber security,” Dalidakis says.

“We see how all these puzzle pieces fit together.

“We have a really strong offering to be had in both areas but more importantly it has been an opportunity to re-inform people over there in the US about what’s happening in Victoria, what’s exciting about it and why they need to be here.”