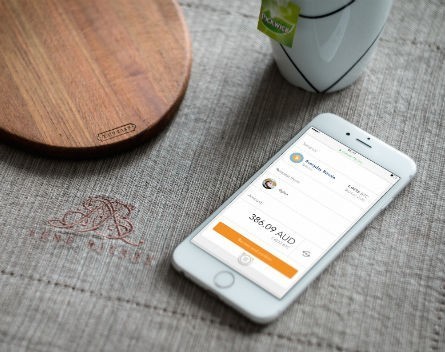 Bitcoin startup CoinJar has released a new version of its iPhone app, a key component in making bitcoin more accessible to the general public.

Apart from a sleek, more attractive design, the new app also includes a handy new “request payment feature”, which allows quick and easy transaction between users. CoinJar introduced a new username system when it redesigned its website late last year. That means transferring bitcoin is basically as easy as sending a Tweet.

While it’s quickly apparent how much bitcoin you have in your account, and what that’s worth in your preferred currency, gone is the CoinJar Fair Rate exchange tab from the old app, so there’s no way to quickly see the exchange rates for bitcoin currencies. Other features of the new app include push notifications when payments or payment requests are made, the ability to set up a passcode or touch ID for added security, and the ability to buy and sell bitcoins.

CoinJar has more than 40,000 users signed up to its platform, and nearly 8000 have adopted a username and are using the site daily. The platform has processed more than $50 million in transactions over the past 12 months.

It’s well documented that much of bitcoin’s potential lies in its ability to complete international transfers quickly and cheaply, a function particularly useful in the developing world. With 3.8 billion people expected to be using mobile devices to access the internet by 2020, many of them in the developing world, mobile apps are of particular importance to a startup like CoinJar – a point that’s not lost on CoinJar co-founder and chief executive officer Asher Tan.

“Mobile penetration is growing faster than desktop computing, especially in developing economies, so ensuring that payments are easy and simple to do on the go is a vital part of ensuring mainstream bitcoin adoption,” he says.

“With CoinJar Touch, we’ve humanised payments, making it easier than anything else out there, even traditional banking apps, to transfer money between friends, acquaintances, and business, quickly and easily. Just like everything CoinJar builds, CoinJar Touch is tailored to international markets.”

While it’s easy to transfer bitcoin between users in the CoinJar app, it’s only slightly more convenient than traditional banking apps. The user handle feature is a big part of that, avoiding the need to find account details and or wallet numbers. CoinJar’s latest app, combined with its CoinJar Swipe debit card, makes bitcoin more accessible to the general public, but its core value remains with remittance.

An Android app will be released in the coming months.