Collaboration app wants to get people working on the same page 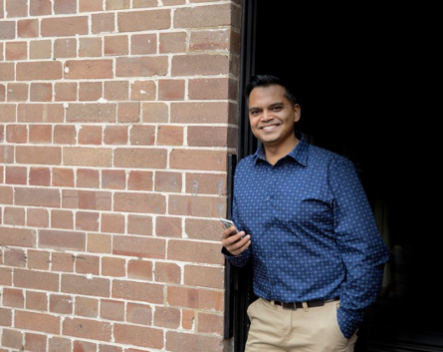 Sydney-based startup Blrt wants to change the nature of collaboration.

Blrt is a communication and collaboration app available on iOS and Android that allows users to talk, point and draw over websites, images, and documents.

Founder Anu Chakradhar says for too long startups wanting to facilitate collaboration have focused on collaboration in real-time, which he believes is the wrong approach.

“The real problem is availability,” he says. “We want to recreate what happens in a face-to-face meeting, but not at the same time.”

What that means is the conversation can be ongoing, with participants responding when they get the chance, with a higher level of interaction than email.

“Think of it as a phone conversation. If we were just starting a project and talking about it, a month later someone new is added to the conversation, someone would have to sit down and write an email and explain the project to them,” Chakradhar says.

“We could just add that person and they could hear and see what each person was seeing and their current thinking about what the project involves.”

The startup recently introduced a new feature, Blrt requests, that allow people to set up Blrts on a computer, before continuing the conversation through the mobile app.

Chakradhar says Blrt is targeting graphic designers, engineering, advertising and architecture firms, as well as the education and training sector.

“Say you’re a graphic designer and want to send five images to a customer for feedback. Clients, especially in the small business space where they might be designing their website once every five or six years, don’t know exactly what they’re looking for,” he says.

“They’re able to point and explain what they’re talking about, and it is much better for a graphic designer.”

The startup has just opened a capital raising round and is looking to raise about $2 million to funds its growth.

It has already raised investment from Sydney-based angel investors and is looking to bring the right investor on board, someone who might be able to help them break into some of those verticals.

“It’s not just another way to communicate,” Chakradhar says. “There’s a fundamental difference in the thought process that people go through when creating Blrts.”