Coming up short in China 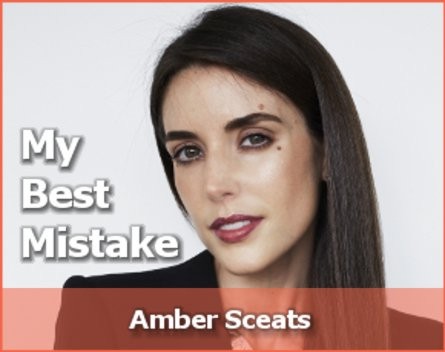 Amber Sceats knew from the get-go she would have to look outside of Australia in order to find suitable suppliers for her unique jewellery designs.

However, the manufacturing heavyweight that is China couldn’t offer Sceats the results she was looking for, which meant she had to seek suppliers elsewhere.

Sceats, who founded her business with her mother Jeanette, personally designs every piece in the Amber Sceats jewellery range, with materials sourced from around the globe.

Sceats is particularly inspired by the 16th century and the 1920s, so the range has a distinct style.

“I probably started when I was about 28, so 2010. It sort of just happened organically. I had designs that I drew,” she says.

“A wonderful man in Rockdale would create a wax mould for me… With some pieces, I took those wax models and went to Hong Kong, and sourced suppliers that way.

“Speaking the language of the Asian market has definitely been a learning curve. They speak a whole other way and just getting on their page [is challenging].

Sceats recalls an experience in a Chinese factory, where she found herself lost in translation.

“Once I went over through mainland China and it was not like going to Hong Kong. I went into the sticks of China,” she says.

“I turned up on this dirt road track and didn’t realise I needed to bring a translator.

“I thought to myself, ‘Nobody speaks a word of English, I don’t know where I am and I have all these samples’… It was pretty much a waste of time because no one could talk to each other.”

Sceats realised she needed to better understand a supplier’s strengths and weaknesses before doing business with them.

“The thing about designing in each part of the world is they all have their own special ways [of doing things],” she says.

“If you try and get somebody to create your design that is not their specialty, you’re going to waste their time and end up with a collection that doesn’t quite work.

“I’ve learnt which supplier to send my drawings and moulds to… For the upcoming collection, I want to expand. I’m going to the Indian jewellery fair to look for more intricate suppliers.”

Based on her experiences, Sceats says she’s unlikely to return to China.

“I now only really deal with Hong Kong factories… They’re easier to deal with and more professional,” she says.

“I only actually have suppliers in Hong Kong or Thailand, and I’m going to India to look for a manufacturer or supplier.

“I did try Italy but the cost was unviable for the buyer once you added up all the costs… India is my next adventure.”

But that’s not to say there aren’t projects happening here in Australia. With about 20 staff on board, the business is busy partnering with other like-minded labels.

“I’m also doing a video installation, which is a joint project with Aje, which [Australian actress] Isabelle Cornish is on. It’s not so much a campaign but more an essence of what our brand is.

“I am also in a store called Frankie Miami Beach [in the United States]. They bought a huge order and they sold out in less than a week.

“To have any sort of brand power and brand awareness, it’s always smart to do things like that. Standing alone can sometimes take longer.

“Align yourself with other wonderful brands that are the same essence of what your brand is.”