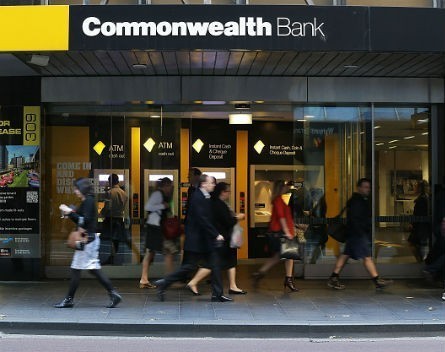 Just when we thought the digital currency opportunity was moving offshore, the Commonwealth Bank has stolen a march on London, New York and Hong Kong with CommBank CIO David Whiteing’s announcement it would be using the Ripple digital currency network.

This has been noted around the globe and has significant positive implications for financial innovation in Australia. While other global banks including HSBC and Santander have hinted at participation, CommBank is the largest bank by a wide margin to form an innovative strategic partnership with a major digital currency network.

If the momentum can be carried through with enabling policy and investment, innovation at this institutional level can provide significant consumer savings as well as opportunities for Australian fintech investors and entrepreneurs. Consuming these new sources of instant liquidity opens the opportunity for entrepreneurs with the technical know-how to offer a variety of new services, from very fast, low-cost cross-border remittances to new hard asset mobile digital currencies.

Read More: How digital currencies will disrupt the banking industry

Opportunities exist to be a price taker or a price maker, or both, and early participants, be they institutions or entrepreneurs, can open a “seat on the exchange” with their own digital offers.

Ripple’s shared, public ledger allows participants to exchange assets globally on a five-second cycle, but unlike bitcoin it is not intended to be used by consumers directly, but rather solely by institutions. Secure usage of the network, however, requires specialised expertise, and the dealing environment has unique characteristics (like the five-second cycle) which thwart algorithms trying to spoof order books. Harnessing the full power of near-instant price discovery, as well as the full security capabilities demands a dedicated team.

The implied competitive advantages for CommBank are many. For starters, they can decide to be the best global source of digital AUD before a US bank such J.P. Morgan in New York. They can provide depth to illiquid regional currencies like the Indonesian rupiah and the Vietnamese dong. And they could use their balance sheet to provide a regional digital USD or RMB hub. The race is definitely on. A Chinese bank in the Shanghai Free Trade Zone also announced Ripple participation last week, building on an existing platform of generous banking and other incentives to attract global fintech entrepreneurs.

Those tax and funding incentives should make Australian policy-makers take notice. In December the Reserve Bank opened with a positive first step, saying “it is hard to envisage circumstances where digital currencies would have any significant implications for the Bank’s ability to conduct monetary policy”.

Certainly those are worthy twin goals: innovation and competition. With its announcement, CommBank has shown both regulators and investors alike that the digital currency opportunity is available here, and now. With an imperative on speed, a renewed focus by regulators on allowing digital innovation to take place, the future of fintech in Australia could be very bright indeed.

Jodi Stanton and Mark Pey are directors at Tilikum Investments.